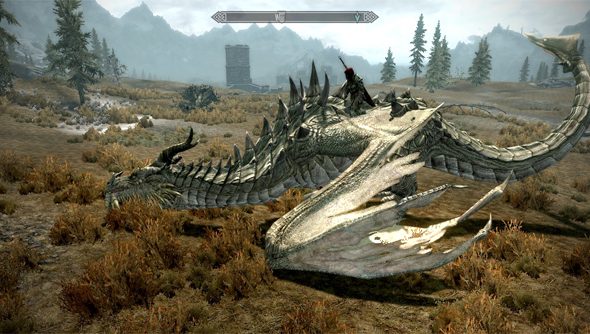 Rideable, mountable, pilotable dragons are coming to Skyrim, according to filenames lifted from the game’s most recent update. The data hints at an upcoming DLC pack, possibly titled ‘Dragonborn’, that will add mounted dragon combat as well as new locations from as far afield as Elder Scrolls III’s Morrowind.

As well as saddleabledragons, a series of uncoveredquest markers point at the following locations:

Oh, and a more general animated called Paired_DLC02RipHeartOut has been spotted, which is a very fine name for an animation indeed.