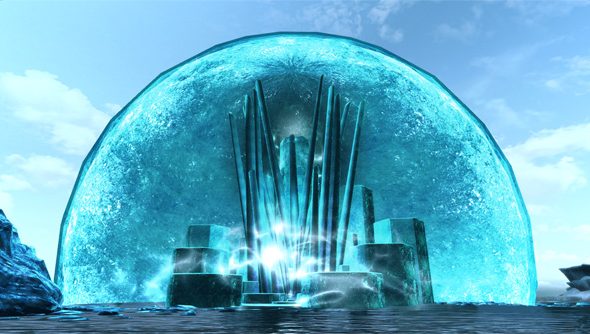 It doesn’t matter how much you love or hate the meaty banquet of adventuring that the Skyrim Bethesda released offered, the longevity and real excitement, the culinary delights of the Michelin chefs, if you will, is to be found in the mod scene. It’s where people can make all sorts of utterly crazy changes to the game, inserting Crystal Palaces, entirely rejigging the game’s cities to make them a thief’s paradise, or just putting boobs everywhere. Wherever your tastes lie, you need to be able to manage, install, and run the mods without having everything collapse around you in a heap of contradictions and upsetting texture clashes.

The general rule of thumb you always need to follow in Skyrim is not to have to mods installed that both do the same thing. If you install Shenk’s (excellent) Thievery Overhaul, which extensively reworks the cities, don’t be surprised if Arthmoor’s Open Cities doesn’t play nice with it. They both make extensive changes to the way cities in the game work, so it’s not surprising that they clash, and either one won’t work, or the game just won’t run. However, that doesn’t mean that having a lighting mod like Kurtcop’s Realistic Lighting is going to fall apart if you install DMP’s Alternate Sun Glare. They’re not affecting the same systems, so it all works.
With that in mind, actually getting the mods working really isn’t all that hard, so long as you stick to Steam Workshop. From within the Steam browser, you can find the mod you like the look of and just hit ‘Subscribe’. When you next start up the game, the launcher will start pulling the files from the Steam Cloud and modding the game for you. It will do them in the order that you subscribed, but if you want to mess around with that, you can click on ‘Data Files’ and both change the sequence that the mods load in, and disable the ones that you don’t want to use, or are causing conflicts. It means you don’t have to faff around with installing and uninstalling, which is always nice.


There are provisos, as there always are, and with some of the more technically extensive mods there’s a bit of a spanner in the works. SkyUI, by snakster, is arguably one of the most essential mods, requires you to start the game using the Skyrim Extension Loader, an exe that launches straight into the game. This means that you can’t start the game from the launcher, leaving the whole downloading-and-checking-for-updates aspect more trouble than ideal. Beyond that, and a few other more esoteric examples, it’s the simplest approach to modding that I’ve yet come across.
But it’s not the only port of call that you’re going to make. If you want to do anything really extensive, such as replacing armour models, bringing in new mesh and textures, or altering the game files in the equivalent of open surgery, than such automated systems are going to be useless to you. Which is where Skyrim Nexus comes in, a fan-run site that’s been built purely to give you even more access to fundamentally altering the way the game works.
The most important tool that comes into play here is the Mod Manager, an external program that both runs all the mods that you download through the Nexus (and also installing them for you), but also letting you specifically state how each mod works. If you’re replacing any armour files, for instance getting rid of the terribleArchmage Robes and replacing them with something much better like Triss’ outfit from The Witcher 2, this is where you get to state what to replace and what to replace it with.
The best thing about all of this is that they’re absolutely fine with each other, both Steam’s Workshop and the Nexus Mod Manager. I’ve got over 40 mods installed through the Workshop alone, and another dozen on the Mod Manager, and apart from a single conflict that came when I tried to add too many player houses to the game, I’ve yet to have an issue.
Just make sure to remember never to have any two mods occupying the same space in the game, whether it be mucking around with the Horse physics, making axes decapitate absolutely everythingor giving Mudcrabs Monocles, you only need one mod per thing. Luckily both the Workshop and Mod Manager let you disable any mods that are causing conflicts, you just need to figure out which it is. Which is a bit like playing Mastermind. Which is fun, right?
{"schema":{"page":{"content":{"headline":"Skyrim Mods: Essential do’s and don’ts for players.","type":"news"},"user":{"loginstatus":false}}}}