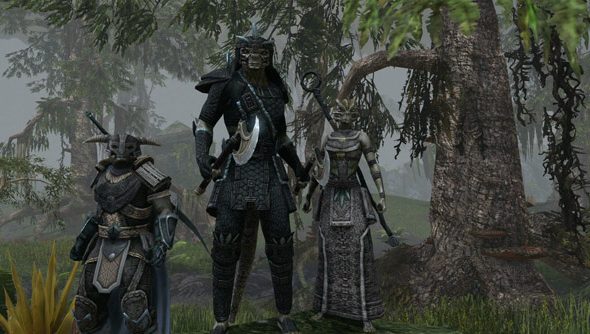 Zenimax Online, the new studio Bethesda have animated to put together their Elder Scrolls MMO, have been rationing beta tickets to Tamriel since March, believe it or not. All I know is this: I’ve never seen one.

This morning, however, early reports confirm that the developers have released another set of balloons from their net, showering the inboxes of a select few with invites.

Rather than host a months-long beta, Zenimax have plumped for a series of focused weekend events, each designed to provide feedback on specific features. The first was held on March 28, and another followed in April.

If you’ve already signed up for a chance of participating, you’re advised to check your spam folder for a link to a 20GB client you’d best get started on downloading. If not, be heartened by the news that Zenimax plan to “ramp up” their beta program. Events will expand as the game approaches its 2014 launch; the Alliance vs. Alliance battles that take Cyrodiil as their no-man’s land will need thousands of boots filled, and future stress tests will be “even larger”.

“If you don’t receive an invitation, don’t worry,” write the developers. “The ESO beta continues to grow, and we’ll let you know when we send new invites. Thank you for your patience and enthusiasm; we can’t wait to see your feedback.”