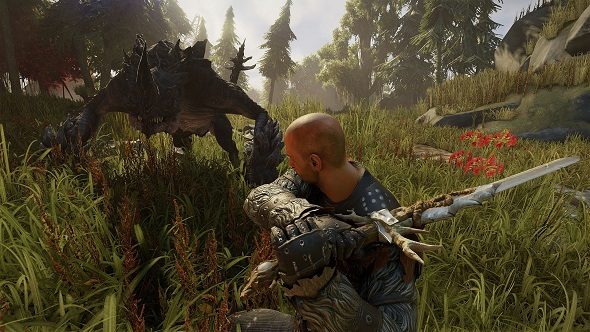 In a strange series of events, it looks like we’ve got confirmation that ELEX 2 is in development before the first ELEX game is even out. Someone has a lot of confidence in the game being a success, it seems, because Piranha Bytes, the developers behind what is now a series, have received 150,000€ in funding for ELEX 2.

And now for something completely different: here’s the best old games on PC.

This comes from GamesWirtschaft, a German games site who reported on companies that have successfully applied for funding from the European Union. World of Elex are the ones who then reported on this in English, and while I don’t speak German, Google Translate supports World of Elex’s translation.

It’s not entirely strange for a developer to look towards sequels and what comes next, but this is perhaps not the way Piranha Bytes were hoping to reveal the game’s existence. In case you’re wondering, ELEX is coming to Steam on October 17 – you can see more about that game on its Steam page.

We’ve reached out for comment on this story and confirmation on if ELEX 2 is indeed in development, and will update if we hear back.