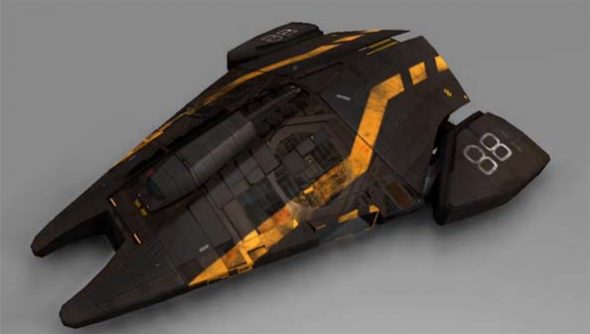 Crikey. What in the weeks before Christmas threatened to become a lesson in overreaching has instead become exactly the sort of incredibly successful Kickstarter campaign Frontier Developments had hoped to be celebrating.

In the context of Elite: Dangerous’ humongous £1,250,000 target, the efforts of the last 24 hours seem a trifle, a fractional step forward. But I think it’s important to note that since yesterday’slast developer update, about £60,000 has been added to the pot thanks to 1,200 new backers.

The project still has 38 hours to go, and Frontier intend to make the most of them. A new stretch goal will see 10 more playable ships on top of the initial 15 added to the game if funding exceeds £1.5m. For £1.4m, Frontier promise to have a Mac version of the game out approximately three months after its initial release.

The developers have also launched a new limited availability pledge option at £25. Pledgers will get a digital copy of the game and 500 in-game credits. Anyone already pledging above this level will be granted the 500 credit default starting bonus automatically.