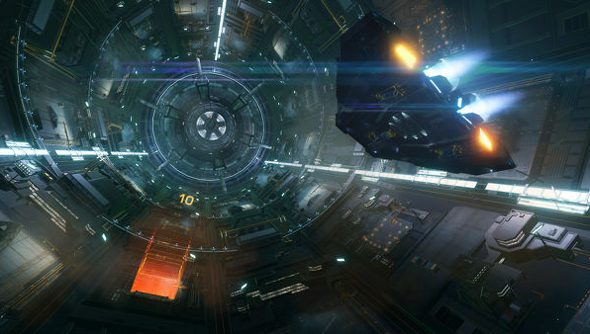 Depending on which day of the week you ask me, my favourite game ever to have existed is a game called Frontier: Elite II. It’s a game about spaceships that fly around having fun, trading things, hiding behind stars and sometimes having fights.

Its predecessor, the seminal space-faring classic Elite, was credited with having properly kickstarted the do-what-you-like-in-space genre. Frontier was miles and miles better though, with 50% more graphics, the ability to land on planets, improved docking music and proper Newtonian physics that meant everybody grew beards if you went near the speed of light.

Now Elite: Dangerous has at least 50% more graphics again, and is my Game of the Year.

Elite: Dangerous gives you a spaceship that feels like a submarine, except instead of floating through saltwater you’re sailing through interplanetary space, hurtling past suns at twenty times the speed of light. The stresses and strains of the infinite vacuum around you — and of all those fundamental laws of physics going wonky right outside your windshield — causes your ship to groan, creak and clatter like its made of rusted old iron. Everything sounds hollow and cold and about to fall apart. 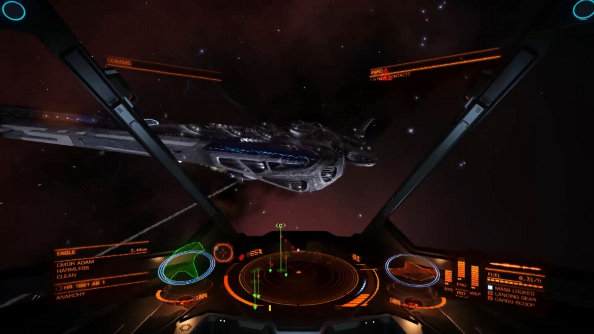 Elite: Dangerous makes punching a hole in the fabric of spacetime look and sound, well, dangerous. Plummeting through hyperspace involves ricocheting about inside of a flickering tunnel of stars and nebulae, and the game’s audio does everything it can to remind you of the single sheet of metal between your cockpit and having your precious human particles smeared across several undiscovered dimensions. The bit in the new Star Trek film where everybody falls out of the Enterprise while it’s in warp? That’s Elite: Dangerous. Sci-fi with a risk of industrial accidents.

At least, the ships that I’ve been flying all sound like that. I suppose the fancier and more expensive ships sound a little more tightly bolted together and less likely to crumble apart if you accidentally bumped into a space station. I’m not sure I want to fly those ones though. Elite: Dangerous (as well as the original Elite) is rooted in the romance of World War 2 fighter aces, and its finest ships are reminiscent of those proud old British warplanes: held together with bits of string, all lovely and reliable and handsome. 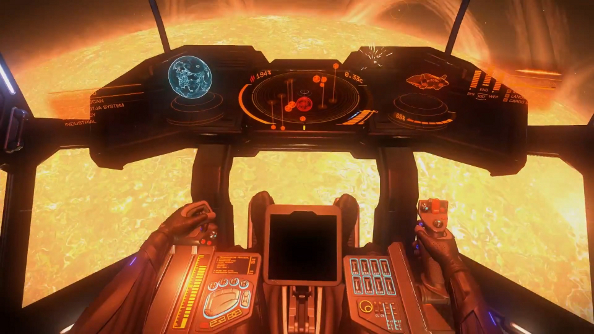 That’s perhaps what I like most about Elite: Dangerous, the sensation of just existing in its giant, procedurally generated world. The trading and exploration and mining and combat is all helpful too, so that you’re not just sitting in a big groaning spaceship doing nothing. And watching the game as it grew from a basic combat demo seed to a sprawling, 400 billion starred tree was a spectacular demonstration of a crowdfunded and player-involved development done properly.

That said, I’m not sure it’s finished. The version number might suggest that Elite: Dangerous is complete, but there are giant gaps in which promised features are supposed to go: planetary landing and the ability to wander around inside ships and stations being the two biggies. Besides that, there still isn’t enough hand-crafted content to fill out the game’s galaxy. Leaping from system to system, you’re only ever seeing the same handful of designs configured in slightly different ways. It can become a lonely and predictable experience. 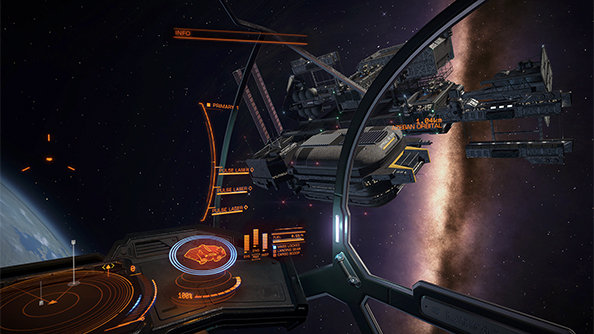 But Braben’s earned a degree of trust, and what Frontier have achieved so far is beyond what I ever imagined an Elite sequel could be. If they can tumble onwards through this developmental space-time tunnel without their metaphorical spaceship tearing itself apart at the seams, Elite: Dangerous could transform into something unfathomably brilliant.

Either that, or it’ll simply remain a very good simulator of being in a noisy metal box in space.