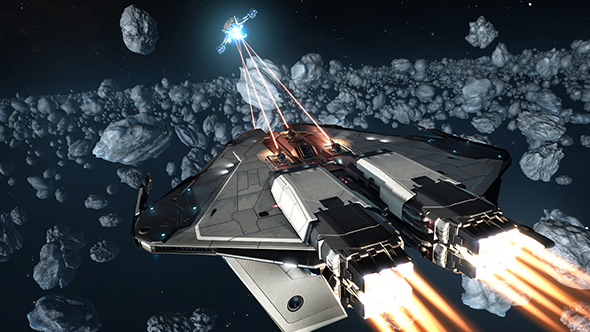 One of Elite’s original fighters, the Krait, is getting a redesign and reissue in Elite Dangerous: Beyond – Chapter Two, the next free update to Frontier Development’s vast space game.

The light fighter has been redesigned in the spirit of the original, but, as you can see in the latest instalment of The Commander Chronicles series of cinematic shorts from the world of Elite Dangerous, it’s been significantly upgraded in the Mk II generation.

“You might think of the Krait Mk II as analogous to modern updates of the real-world Mini Cooper or Volkswagen Beetle,” narrative lead Ian Dingwall tells us. “It’s a reimagining of a classic that connects conceptually and aesthetically with the ship from 1984s Elite, while offering enough innovation and quality to compete with contemporary rivals in Elite Dangerous. While the Mk II embodies the essence of the original, it’s very much its own ship.”

If you, too, think space is the place then check out the best space games on PC.

“It’s a dangerous time for the galaxy and everyone’s looking for new tools to resist the Thargoid threat,” Dingwall continues. “A lot of Commanders remember the Krait Mk I with a certain nostalgic affection.”

Elite Dangerous: Beyond – Chapter Two is due out on June 28, bringing the Krait Mk II with it. The ship has been brought back to give us a combat ship that can go toe-to-toe with the Python – which “currently occupies a unique place among our ship roster and is very popular among players,” senior designer Barry Clark tells us. “The idea of a low-profile ship for Commanders flying dubious cargo was really cool to us, too.”

It’s a tempting proposition: “The Krait is a great all-round ship with a strong hull, powerful engines – which look super-cool – and a great load-out,” Clark continues. “It’s also less ‘conspicuous’, meaning it’s less likely to get scanned by the police compared to other ships of that size and class. It has significant straight line speed and power, as well as enough firepower to match the Python thanks to three large and two medium hardpoints. It has a really nice punch against a variety of ship types and sizes.” 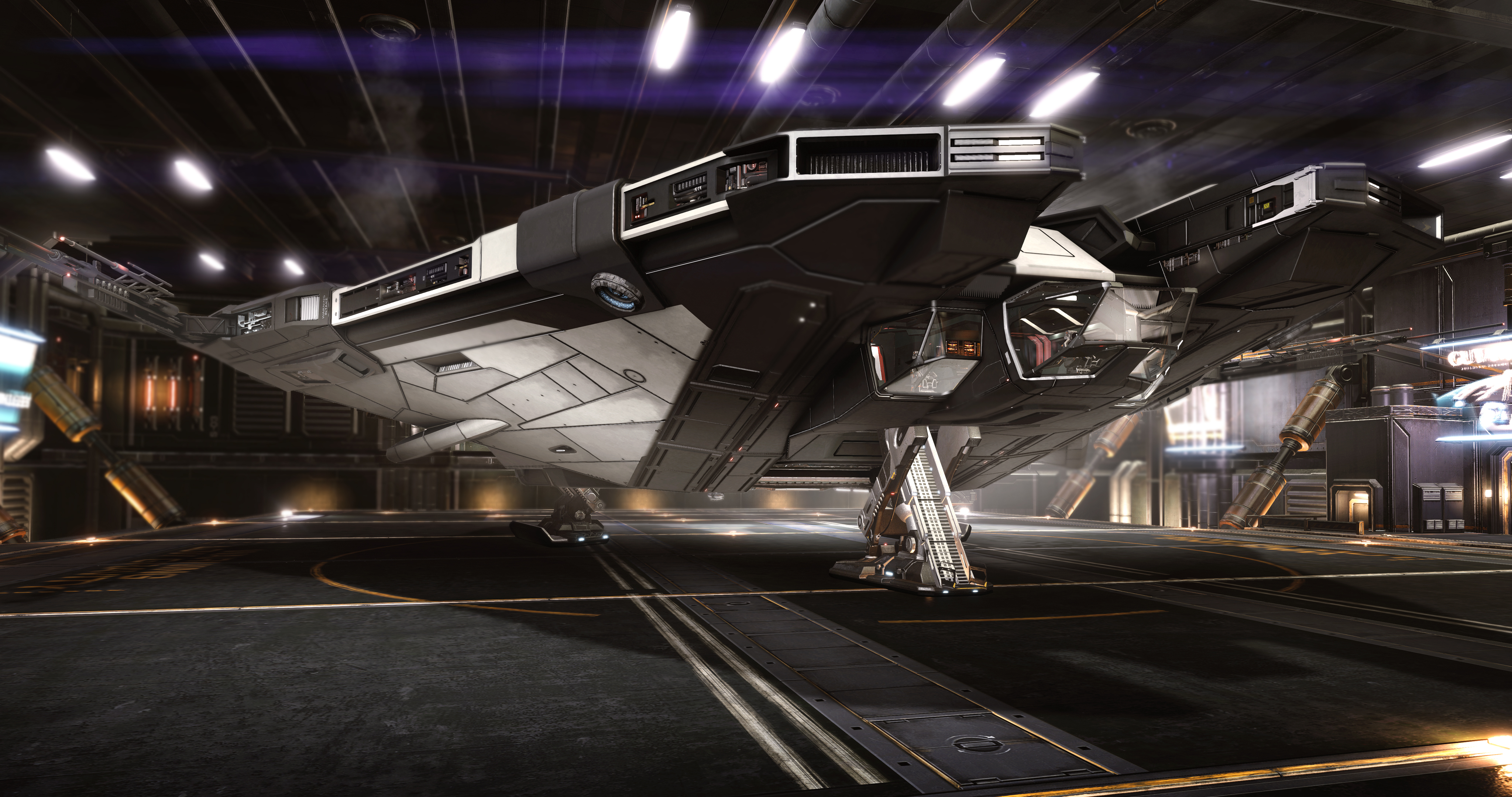 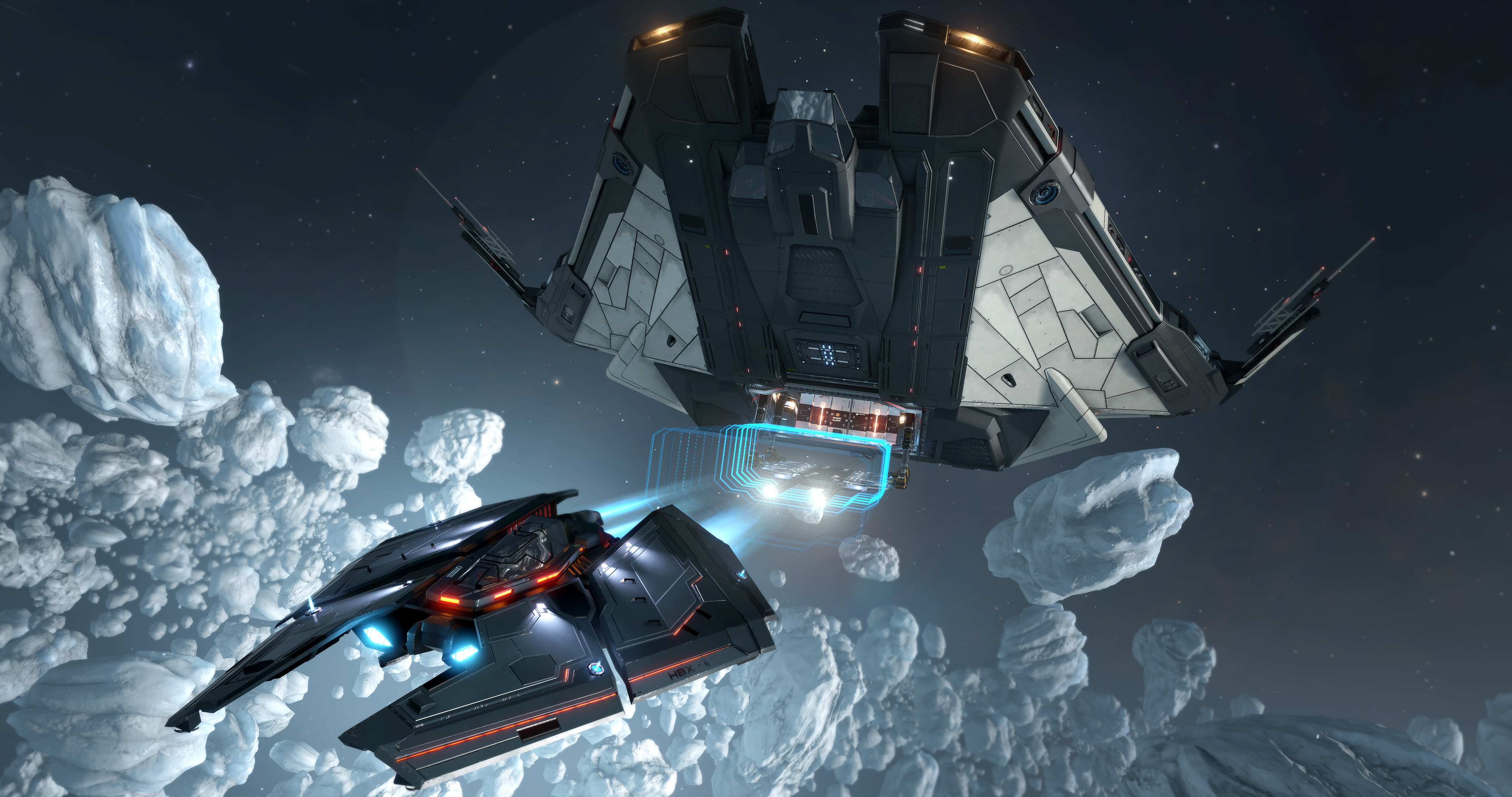 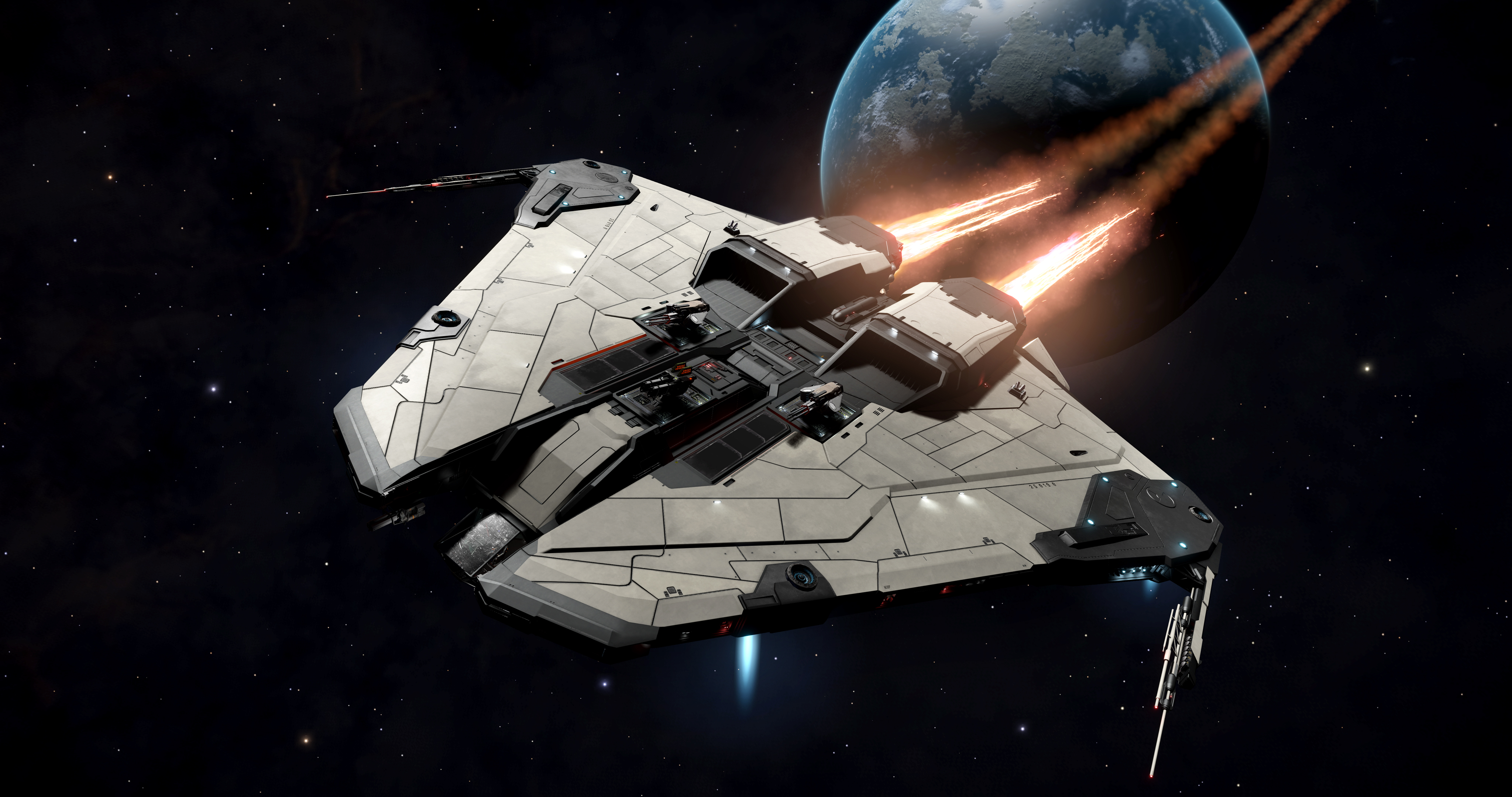 You can get a good look at those engines in the trailer above. (Though, as it’s one of the Commander Chronicles shorts, don’t take everything on show as read – Chapter Two won’t let you walk around your ship and the game world).