HONK. A single, synthesized note rings out in the void, as deep and wide as the concept of space itself. Not that sound travels through space, of course. But if any were to, this one would – an Inception bwah for the Interstellar crowd.

HONK. The discovery scanner calls out in a powerful baritone, like the horn of a cruise ship – but no other ships answer. Here on an unexplored edge of Elite: Dangerous’ galaxy, there are no local factions or fellow travellers. Nothing at all – or so it would seem.

HONK. The scanner’s energy distribution bar returns a little information about what’s buried beneath the cloudy exterior of this new system. What gives off energy? Planets. Stars. In the augmented view of analysis mode, our pilot can now make out an ecliptic plane, where most of the system’s mass will be centered. A galaxy is like a plate – once you know its angle, you have an idea of where its contents will be sitting.

Next, the pilot tunes into the energy distribution bar like a radio. At the lower end of the spectrum sit the frequencies of rocky bodies or clusters, typically found around stars – but they’re quiet today. Higher up are the Earth-likes, and higher still the Jovian gas giants, the kind named for gods of war and thunder. If the giants didn’t show up, our pilot would move on – the system simply wouldn’t be worth their time. But this time, the gods reply. There’s something here.

The system pulses with light as our pilot sweeps for elusive giants. In some places, the light lingers a little longer. That’s a good sign. The pilot focuses their search in response, and the strange patterns in the distribution bar start to betray symmetry – a Rorschach test made up of celestial bodies. And then: they can hear it. 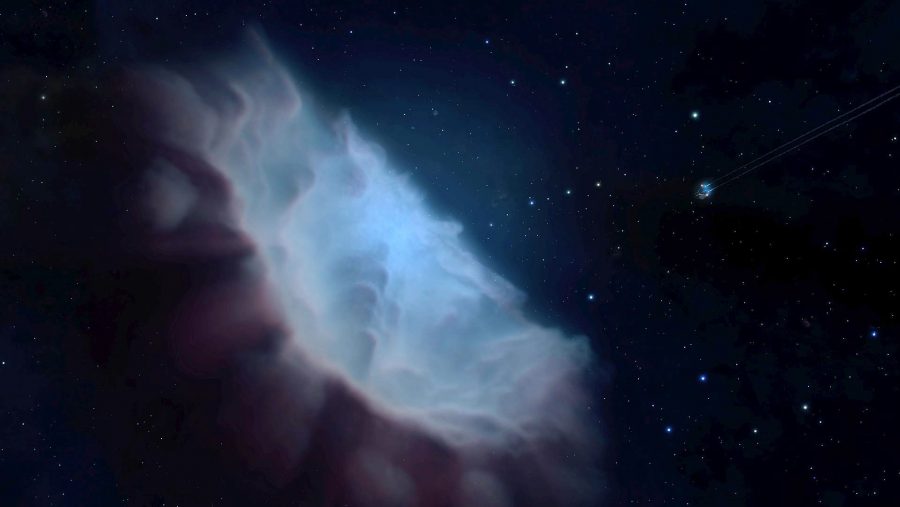 Frontier Development’s relationship with the British Antarctic Survey has produced a bank of beautiful processed sounds, based on real-life radio emissions from bodies in our solar system. While they cannot be heard directly, the research council has converted the data into audio – and the result is an ambient soundscape unlike anything else in games. It is nothing less than the whale song of planets.

The result is an ambient soundscape unlike anything else in games

Until this point in the search, the sound of the system has been a staccato rumble, like ice cracking or ultrasound at work – the muffled clarity of noise amplified, as if through a stethoscope. But now it’s utterly different: the underwater whoop whoop whoop of a ringed gas giant. 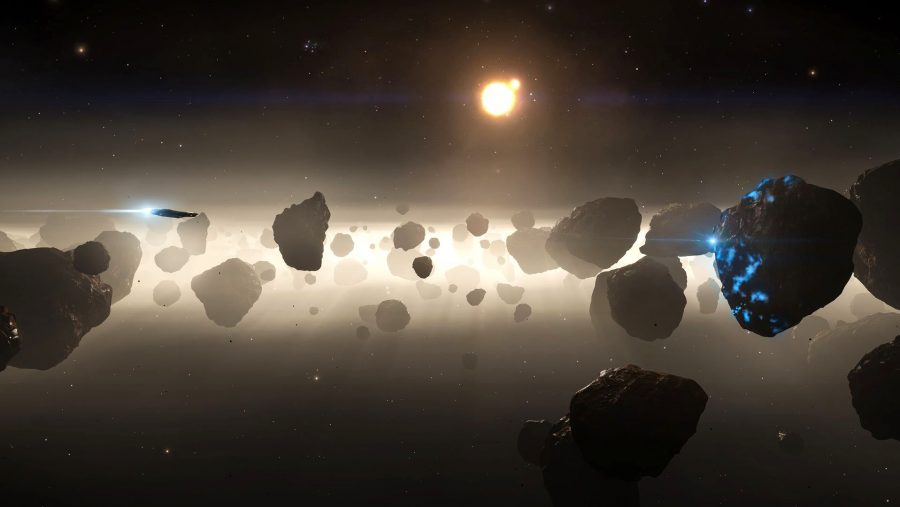 “It’s so relaxing,” executive producer Adam Woods tells us. “It’s a fine knife edge for the audio guys to make this non-fatiguing, because there’s a lot of sound going on and it could be quite spiky. But actually you’re enveloped in this lovely warm sound of space that’s crackling along with you. And as you move your frequency you get that classic radio tune. It’s lovely.”

Scanning the surface of the gas giant isn’t a fancy visual effect, but a process of firing probes from offworld. Our pilot takes advantage of the planet’s gravitational pull, slingshotting probes all the way around the back of the orb to map the side they can’t see. Frontier is considering adding a target minimum number of probes with which to map each planet – essentially a golf par for ambitious players to match.

Planet mapping isn’t just a useful tool for determining whether a surface is worth traversing – it also represents a whole new reason for players to explore. Just as the player who discovers a planet has their name immortalised in the game, the pilot who first maps a world will get to see their name up in lights. 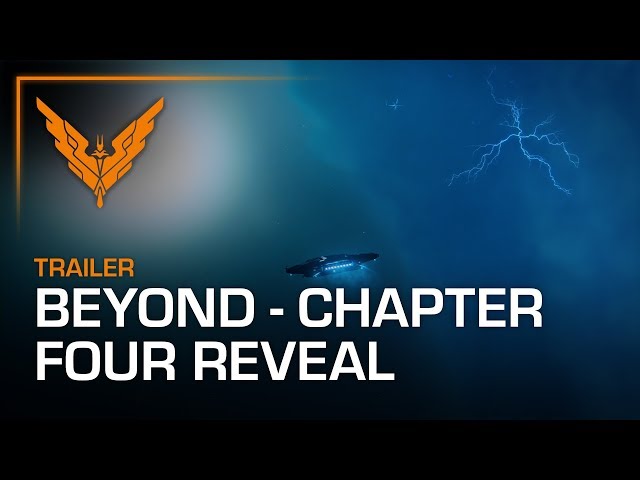 Despite the complexity of these new layers, the developer reckons exploration has become a more efficient process for their addition.

“We want to allow players to make informed decisions before they have to fly to the planet,” game director Laurence Oldham explains. “From jumping into the system, you’ve got the tools and abilities to learn the system, discover bodies, and find out a general idea of what materials may be on there before you need to them commit to making that journey across.”

What’s most striking about Elite: Dangerous’ expanded exploration phase is just how tactile it is. At every point Frontier might have got away with simply adding a menu, the studio has plumped for a miniature new game-within-a-game instead. Finally, planet discovery is as warm and satisfying as the great big honk that precedes it.