The beta for Elite Dangerous: Horizons feels both familiar and alien. Like the first time you sat in the cockpit of your Sidewinder and stared out of the glass canopy and into the endless expanse of space, the possibilities seem limitless – but there’s something intimidating about this freedom. Perhaps it’s the cold, unfathomable blackness that’s never more than a hull breach away.

Space for more, erm, space in your life? Here are the best space games on PC. Space.

Videogames have always trained us to progress to their end, picking up environmental cues to tell us we’re heading in the right direction. Opening up Elite’s galaxy map reveals a tangled web of 400 billion stars, peeling back in layers and connected by lines that signify the easiest route through hyperspace. Scroll up and down, in or out, left or right – no matter what direction, the lights keep twinkling by, each one a potential adventure.

That’s the thing about Elite: it won’t guide you down a path; it won’t spawn enemies to let you know you’re heading in the right direction; there won’t be a trail of coins to pull you through – you make your own goals here. Curiosity is your only motivator. This is why a casual observer could never grasp what it is that makes Elite such a fantastic experience. 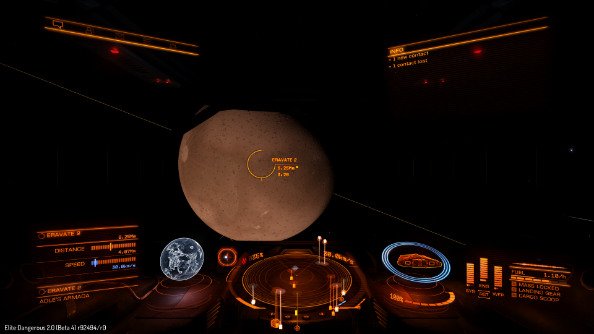 After a while, that intimidation fades, and you begin to gain an understanding of everything. Maybe by now you’ve got a couple of good systems marked down and you travel between them, smuggling narcotics, peddling coffee, hunting down pirates, or even dabbling in a bit of piracy yourself. The fear creeps back when you come across something unexpected – an enormous black hole or an alien artifact, perhaps – but these are now rare moments of spectacle that interrupt the familiar.

Horizons, while currently in beta and limited in scope (it’s due for release on December 15), will have you marvelling at the Milky Way all over again. Horizons is a work-in-progress expansion that plans to bring a year of updates to Elite, letting players create a human avatar, co-pilot spacecraft, launch fighters from larger ships and, more imminently, land on airless planets.

Airless worlds apparently make up for 60% of the Milky Way, so there are hundreds of billions of them to explore, each to scale – it can apparently take up to ten days to drive around them in your SRV buggy. All you need to do is fit your vessel with a ‘planetary approach module’, a vehicle hangar, and buy an SRV. 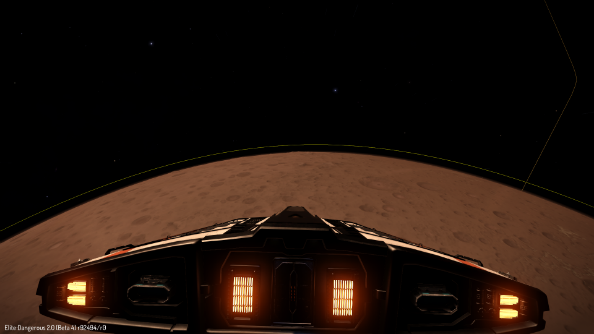 There’s something thrilling about approaching one of these enormous spheres – it feels like a milestone moment. It’s the fidelity of Elite that sells it to you. Once close enough to a planet, you enter orbital cruise – a slowed down supercruise that lets you orbit the planet – and decide where you’d like to descend.

Barely any loading happens as you transition from orbital cruise to a glide, and then deeper down to planetary flight where you can zip through canyons, skim the planet’s surface, and finally touch down. The closer to the planet you are, the more it’s affected by gravity – too many fancy maneuvers will see you black out from the g-force or drop like a brick, and your ship’s thrusters have to compensate for the extra weight.

As always, the sound work is exceptional. You can hear your hunk of metal creaking under the strain and its hull expanding from the sudden changes of temperature. 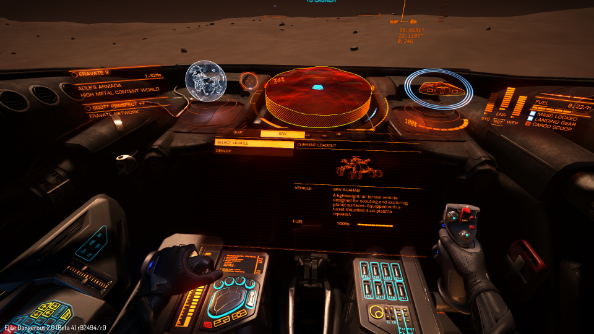 Once your landing gear is secured on terra firma, it’s just a case of looking at the holographic display just above your space crotch and telling it to launch your SRV, causing you to be plonked in the driver’s seat as the buggy unfurls from the ship’s bowels. The SRV has a similar UI to your ship, but it’s a completely different experience – even sound is distorted down on land.

It’s as lonely as it is in space, but arguably more beautiful. You can see why Frontier Developments opted to call it Horizons, because these are some of the most striking videogame vistas yet.

The SRV’s handling is surprisingly nippy, zipping along the planet’s surface at speed and using its vertical thrusters to hop over rocks, take to the air – sometimes even doing flips – and slowing your descent to limit damage as you land. It’s more immediate than space flight, and you’re constantly making tiny judgement calls. 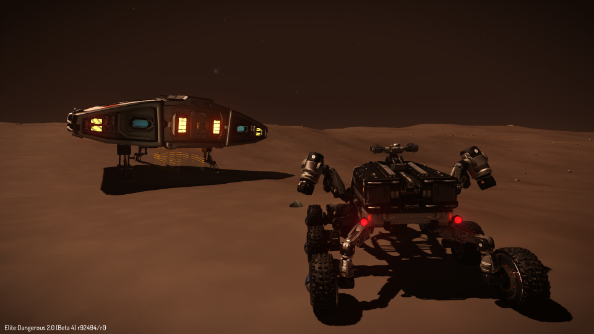 Because of the varied and strange gravitational properties of the planets, you can end up in some spectacular crashes. The unpredictable topography of these space spheres makes it very likely, too, with massive craters appearing on the other side of seemingly innocuous ridges.

Planetary landing is a special experience. Even just seeing your ship as it stands on the planet’s surface is visually arresting, as is watching it blast off into space when you send it away remotely. It will undoubtedly add another layer to the exploration in Elite: finding crashed ships, mining rocks and training your SRV’s turrets on bases guarded with sentries and mechanical drones.

There are some concerns, however. While perhaps a silly thing to complain about in a game about space exploration and landing on uninhabited planets: it currently feels a bit sparse. 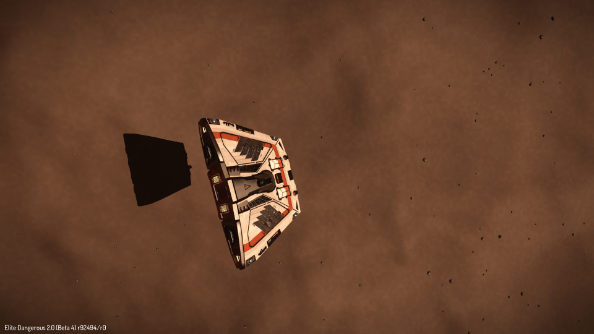 This could be just because it’s the beta, but after the initial few hours of being in awe of it all, it got a bit dull. The beta wasn’t attached to each player’s main saves, though, which had the side effect of making every action feel a bit pointless. When taking on missions and furthering your agenda in your own game, everything is likely to feel more meaningful.

It’s also worth noting that planetary landing is just the beginning, with a whole year of updates to follow. Technically, in terms of scale, Elite: Horizons is one of the most impressive things to happen in videogames. If planetary landings are Elite’s one small step, it sets the bar high for the giant leap that’s to come.