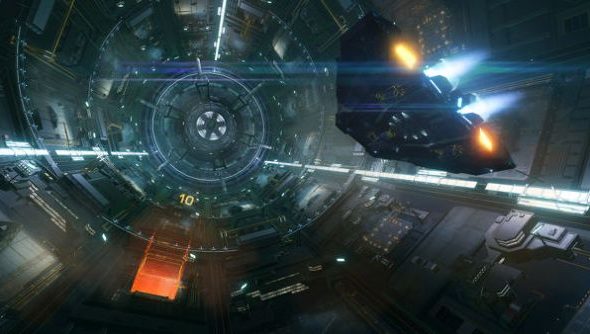 Elite: Dangerous has been floating in beta for a good few months now, but it’s finally time to put that chapter to bed. Frontier have decided they’ve received enough feedback from their community to set a formal release date for the game: December 16th.

“We thank you for the opportunity and promise that we will continue to engage openly with the extended community of players as we further enhance the Elite: Dangerous experience, both up to and after the release.”

Speaking to Eurogamer, Frontier David Braben expressed his excitement for the launch, and beyond. “”No game is ever truly finished in the minds of those making it.” said Braben. “When you are close to a project for a long time, you tend to see the things that have annoyed you; those things you know could be improved upon; those things you are afraid might not work well for people that are not 100 per cent au fait with the game. For me this makes a public alpha and beta process quite difficult, but it also helps focus on the bigger picture. I think the best definition is that something is launch-ready when it is a great game.

“There are two types of things that can happen at this stage,” he continued. “The first is endless ‘feature-creep’ – new features are added which in turn cause problems that have to be fixed. The second is polishing what is there. The latter reaches a point where there are diminishing returns, but the challenge is always to be able to judge when that will be long in advance. At Frontier we have been doing this for a long time, so we are confident the date we have announced is a sensible one.”