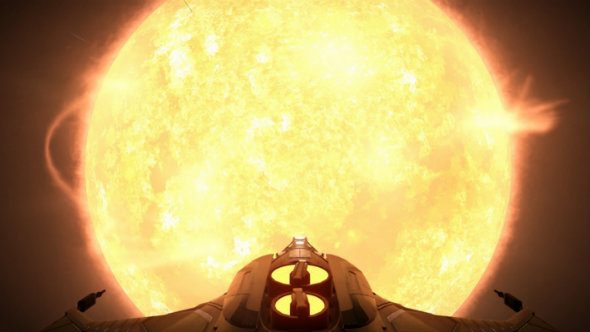 It can be a lonely old trek out there in the uncharted corners of our galaxy in Elite: Dangerous. One player found this out the hard way recently, after managing to get stranded in an empty system on the edge, his frame shift drive unable to make the jump back without a crucial resource – one that didn’t exist on the system’s solitary planet surface.

For more adventures in the inky black, check our list of the best space games.

The stranded pilot, CMDR Macedonica, was on the verge of giving up and triggering a self-destruct, when out of frustration he decided to log his plight on the Frontier forums – a decision that led to a rescue attempt being made.

Macedonica was 1,000 lightyears out from Beagle Point, the bright cluster at the centre of our galaxy, and there was nowhere withGermanium – the resource needed to boost his jump range – nearby. His ship was capable of29 LY, but the nearest system was 30.3 LY away.

Luckily, another pilot,CMDR Chiggy, suggested a course of action, asking if the landable planet had any rings or asteroids. It did, but Macedonica had no mining tools, so Chiggy decided to make the trek into the abyss to save him.

Here’s a video of the rescue attempt:

CMDR Chiggy arrives at around 1 hour 28 minutes, and then the two join up for the actual mining operation, with Macedonica surely worrying about getting pinged by a chunk of rock the entire time.

It’s emergent gameplay like this that makes Elite: Dangerous special. There’s a real danger to anything you do, and a mistake could see you stranded in the cold blackness. Let’s hope there’s another CMDR Chiggy around if it happens to you.