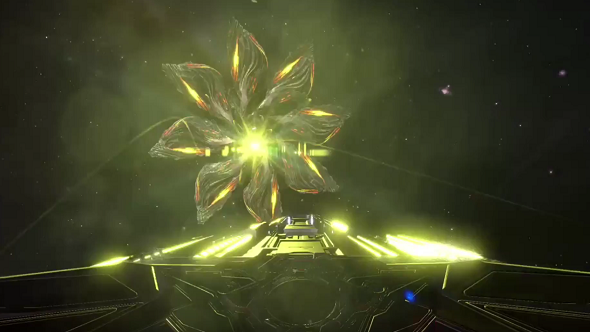 The Elite: Dangerous community has been waiting for this moment for what seems like forever, finding clues and tracking down strange signals, but now a player has had first contact with a Thargoid, one of Elite’s fabled extraterrestrials.

The player, who recorded the encounter through their Xbox One, is pulled out of hyperspace with the warning “hyperspace conduit unstable”.

They’re then dropped into the eerie silence of space and a pirate begins to attack their ship. Suddenly, an organic-looking craft fills their ship’s canopy.

A report just coming through that a CMDR has experienced something… strange. https://t.co/NJVhHWe4eB

Who knew the Thargoids were so huge and terrifying? The otherworldly sounds they make certainly don’t help things.

Bizarrely, the ship doesn’t attack. Instead it performs some kind of scan and slowly leaves, which is even more frightening when you think about it. What was the scan for?

Judging by a second video that’s surfaced, the ships are scanning pilots with UAs. Maybe stop dumping them at stations you don’t like, eh? Have a watch: