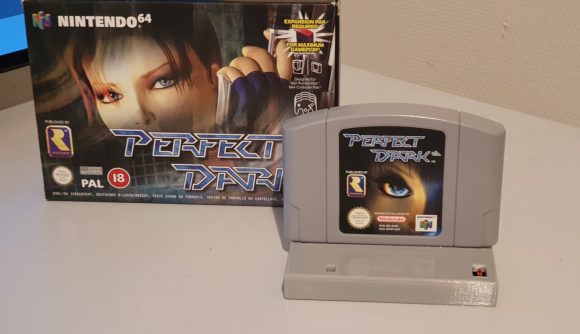 Okay, let’s be realistic here. You’re probably not plugging your Super Mario 64 cartridge into your PC every time you load up Project64 or Mupen. While ripping your own cartridges for old games has gotten a lot easier thanks to devices like the Retrode, it’s still generally too much of a hassle for most folks. The RetroArch Open Hardware project aims to change that.

The developers have successfully built a proof of concept device that will connect N64 cartridges to PC via a USB-C cable. “It will be relatively cheap to assemble and much faster than any existing competing device out there that does the same task,” according to the official announcement.

To be clear, this project is in development right now, and there’s no cartridge adapter that you can yet go out and buy just yet. The idea is to create a device that can seamlessly integrate with RetroArch, and which will make using real cartridges as easy with emulators as it is on a proper console – just with all the added benefits and enhancements that an emulator can bring.

“We hope that RetroArch Open Hardware will be a contagious project that will see many contributors and participants working towards one common goal – being able to interface with the games media they’ve bought for all these decades and just being able to make it work with the software they’re already using without having to buy new closed-spec proprietary devices that lock you out of the software you’re already using.”