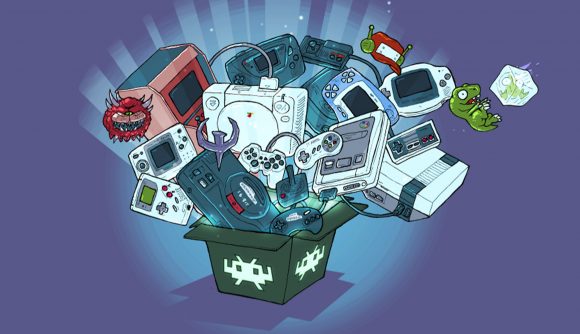 RetroArch quickly became one of the most convenient ways to make use of a variety of emulators and organise a ROM collection, and it’s continuing to get new features and updates all the time. Now, ‘all the time’ is about to become ‘every two weeks’, as the devs behind the emulation front-end are committing to both a roadmap and more frequent updates.

“We have a roadmap now (see here),” the devs say in the release notes for RetroArch 1.9.3, “and you can expect more frequent releases from this point on. We are aiming for a new version every two weeks.” That roadmap is currently pretty light on major updates, but you can expect to see it start filling up with additional features and fixes soon.

The 1.9.3 release of RetroArch is pretty light on stuff relevant for PC users – it’s mostly focused on (big, important) performance improvements for folks playing through console homebrew. Still, with more frequent updates, you should expect to see plenty to improve your retro gaming experience sooner rather than later.

RetroArch updates had previously been pretty unpredictable, and while it’s not unheard of for releases to come a couple of weeks apart, it could frequently take months between versions. (Fingers crossed that a proper, working automatic updater is in the cards.)

Support us on Patreon:https://t.co/7iAGs0L2PN#RetroArch #Libretro

For more old games, you can follow that link.