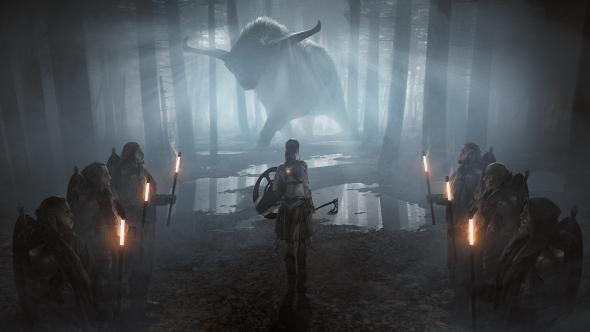 Endless Space 2’s first expansion arrives today. The expansion, which is named Vaulters after its central faction, is soon to be available on Steam.

For more of the best strategy on PC, we’ve got you covered.

Developers Amplitude say they chose to focus on The Vaulters because the faction are a fan favourite, who have featured in every game in the Endless franchise to date. The nomadic faction bring with them the ability to teleport, as well as new technologies, buildings, and ships, such as the Super Colonizer Ship.

The Vaulters also bring with them a unique faction quest, and returning hero Opbot. There’s also new pirate diplomacy options, minor civilisation the Sisters of Mercy, and additional deeds and quests to complete.

You can check out the gameplay trailer for the Vaulters expansion above. You can currently also pick it up on Steam for 10% off, but you’ll have to be quick – at time of writing the deal only lasts for a little over an hour longer.

Original story, January 18:Thatothermassive Sega-funded strategy is expanding, and soon. Endless Space 2 is getting its first proper expansion pack, and it adds a new faction along with all the associated goodies – new heroes, minor civ, starting situation, quest, and so on. There’s also a couple of new additions outside of them. See their prologue video in the new trailer above.

This being an Amplitude strategy game, a new faction means much more than a couple of new units. There’s a whole new storyline for the Vaulters to follow, pursuing it as they attempt to conquer the galaxy alongside everyone else. They have unique mechanics, like a massive colony ship they can reuse, as well as unique technologies and buildings.

All of this is due January 25, as part of the Endless Day celebrations that Amplitude do every year to commemorate their birthday and their games. This means the community challenge add-on (the different segments of which were ‘earned’ by the completion of in-game challenges) is also being released, here’s a trailer for that:

Vaulters will be available for a 10% discount over on Steam up until launch day.