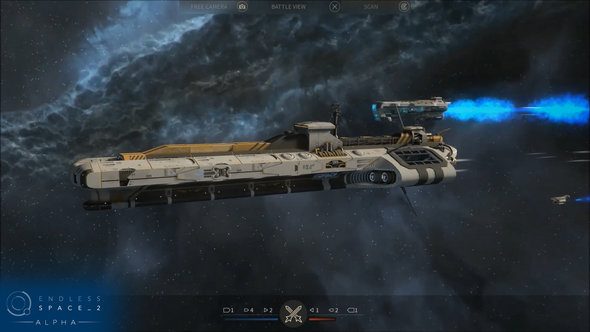 As the May 19 release of Endless Space 2 draws ever closer, developers Amplitude Studios intend to release four videos, each dedicated to a different element of the 4X grand strategy genre (eXplore, eXpand, eXploit, eXterminate.) The first of them, which you can check out above, is dedicated to exploration and showcases how traversing the universe will play out in the upcoming release.

For more empire-spanning action, check out our list of the best grand strategy games on PC.

As the sequel to 2012’s Endless Space, Endless Space 2 tasks the player with guiding one of nine intergalactic empires over hundreds, if not thousands, of years to diplomatic, scientific, or military conquest. Much like its predecessor, Endless Space 2 will also contain a detailed empire creation tool, allowing players to craft their own civilizations by selecting various attributes and stats. Expect the usual trappings of the genre, including elaborate tech trees and detailed ship upgrades.

Endless Space 2, which has been in early access for a while now, has received an extremely positive critical response and looks to be a definite addition to any serious grand strategy fan’s collection. You can grab it right now over at the Steam store for $29.99/£26.24.