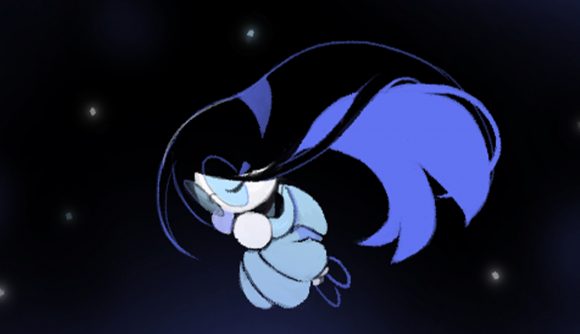 A big part of Undertale’s lo-fi charm came from its its expressive characters courtesy of artist Temmie Chang, and now she’s been working on her own game projects. The first of those is Escaped Chasm, a brief little adventure that you can download and play for free. As you might expect, it’s got some lovely art.

Escaped Chasm was built in RPG Maker, and is about “about a lonely girl with a connection to another world that she sees in her dreams.” The game can be finished in the space of about 20 minutes, though there are a handful of additional endings and such to pursue. Chang describes it as a bit of a test effort on the way to bigger efforts in making her own games.

It’s been a good stretch of time for free creations from the Undertale team, since it wasn’t that long ago that we got Deltarune. Chang isn’t entirely on her own here, either. The game features music from Undertale creator (and composer) Toby Fox, as well as additional music and sound design provided from a variety of other contributors noted on Twitter.

You can grab Escaped Chasm for yourself on itch.io. You can download it for free, though there’s a pay what you want option if you want to drop a few dollars as a sort of donation.

If you want a preview, you can get it with the trailer above.

In case you’ve missed out on Undertale up to this point, here’s a quick reminder: it’s quite good. That’s true regardless of the endless memes and occasionally rabid obsessiveness of the game’s fans.