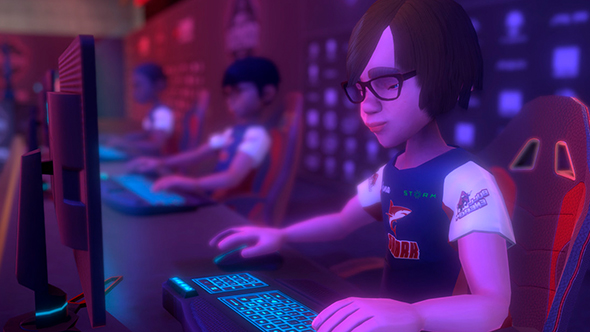 Youtubers Life proved an improbable hit on Steam when it released last year, allowing you to achieve the seemingly already achievable goal of running a YouTube channel. Now the developers are making a new internet celebrity simulator with eSports Life.

Simulate even more things with the best PC simulation games.

The folks at U-Play (no relation to the Ubisoft service, I assume) promise that this will be a deeper game than their previous title. You’ll be able to dive into the world of competitive gaming either on your own or as part of a team, working to be the best in either the FPS or MOBA arena.

You’ll be challenged to balance your academic, social, and professional life, a joy that surely can only be provided through videogames. Eventually, you’ll work your way up the ranks to control the entire esports industry.

Guillermo Aguilera, game director at U-Play, says that “eSports Life is the game pro-gamers were waiting for.” I, for one, hope the game develops a tremendous competitive following, giving us years of eSports Life esports to enjoy. The game is expected to release this year on Windows and Mac.