With over seven thousand EU4 mods – the top one hundred of which having anywhere between 10K – 300K subscribers – trying to tweak your game can seem like an intimidating experience. Thankfully, it’s hard to go wrong with the quality of the modding community for Europa Universalis IV. They’ve somehow managed to make an already replayable game even more replayable, if you can imagine that.

So instead of gawking at the sheer quantity and quality of mods, let’s look at how easy it is to enhance the vanilla game across a range of categories to get any megalomaniac started on a fuller EU4 experience. In days gone by you’d have had to grab mods directly from the Paradox forums and get into the weeds of placing files here and there.

Thankfully for EU4 getting mods has become as easy as shopping on Amazon Prime thanks to the Steam Workshop integration. You might find some mods still host themselves separately but all of the popular ones at least will automatically be downloaded onto the launcher once you subscribe. Let’s take a look.

Here are the best EU4 mods: 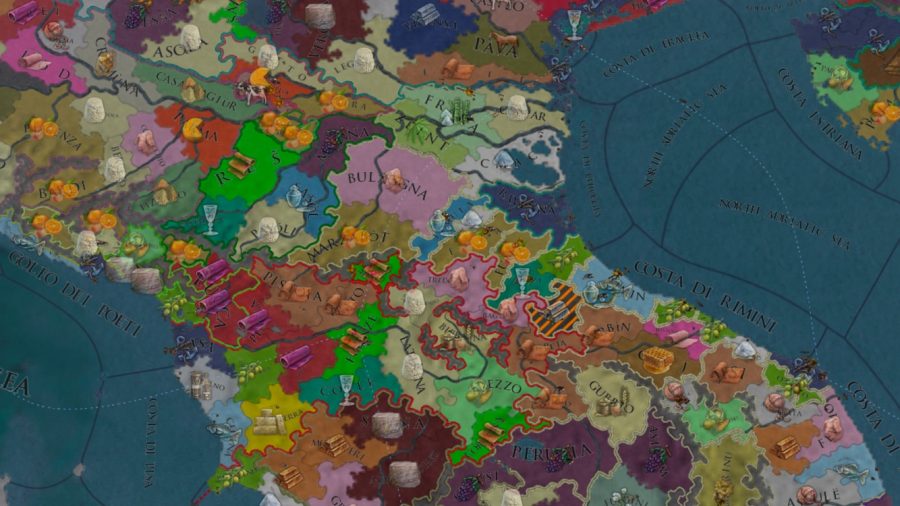 This in euro-centric overhaul mod for EU4 that offers an insanely detailed map, increased historical accuracy, and plenty of new countries to try out. The official features list is quite insane: an extended timeline that goes back into the CK2 era (starting in 1054) and stretches towards the middle of Victoria 3’s timeline (ending in 1871) means your games will be long, but it looks like the creators have introduced new content to make it work.

New national ideas, mission trees, events, and national ideas go hand-in-hand with reworked existing features such as the Empire of China and the Rus. There’s also plenty of new disasters and buildings to boot. Grab it here, and the mod is compatible up to version 1.32. 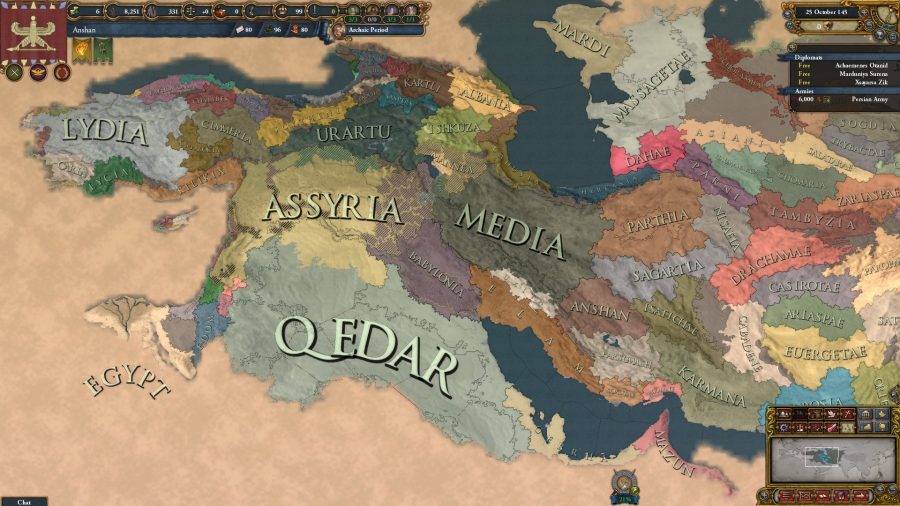 Take a step back in time to the ancient world where the legacy of Alexander the Great still lives and a dream of universal empire looms on the horizon. Imperium Universalis is the Gold Standard of total conversion mods bringing to life the world of 612BC in stunning and meticulously researched detail.

This total suite has everything from map changes to period and nation appropriate events. Take on the role of any of the hundreds of budding empires (or establish one through decisions) vying to make their mark to bring civilization to the world in this magnum opus of a mod. The graphics are beyond compare and the detailing so deep that one might think one is playing Imperator: Rome instead. Should work with version 1.32. 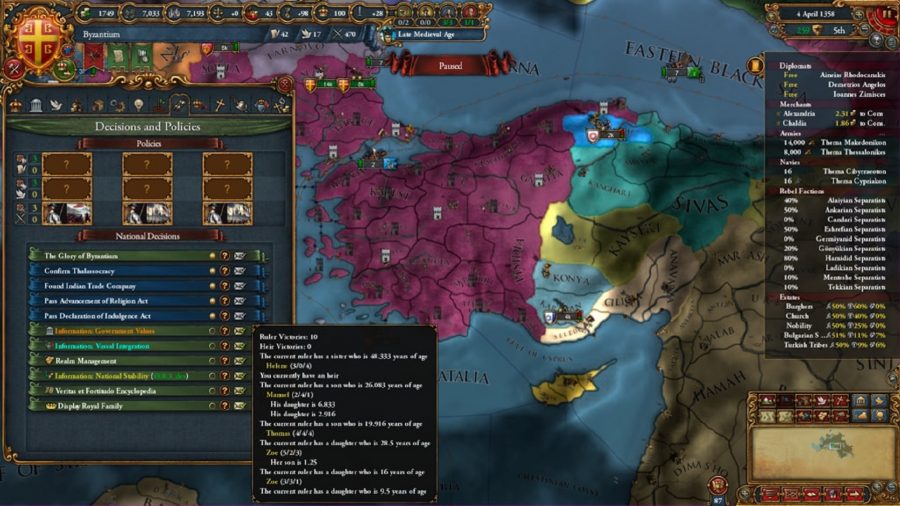 The other flagship total conversion mod. The impressive technical complexity of Veritas et Fortitudo is just as impressive as M&T but also takes on the ethos of immersing the player in deep event lines and flavour. Once again, everything is changed from graphic interface to ideas to even how vassal integration works. Playing VeF and any other Total Conversion mod is like experiencing a whole new game. VeF makes the vanilla version of EUIV feel like the alpha build and VeF is the finished product.

Currently compatible up to version 1.31, but it’s not savegame comptaible with previous versions of the mod.

Simple yet incredibly ambitious: this mod allows the player to play from The Second Year of Our Lord to the year 9999. Unlike infinite time mods, this mod actually creates all new mechanics to reflect this extended timeframe. Technologies are tweaked to match the long spread and every single date is filled with researched polities and nations making it an eerily accurate depiction of time from Rome onward (except for the future).

Just be wary of the rather bland mechanics as the mod sputters out when you reach modern times. Available here and compatible with version 1.32. 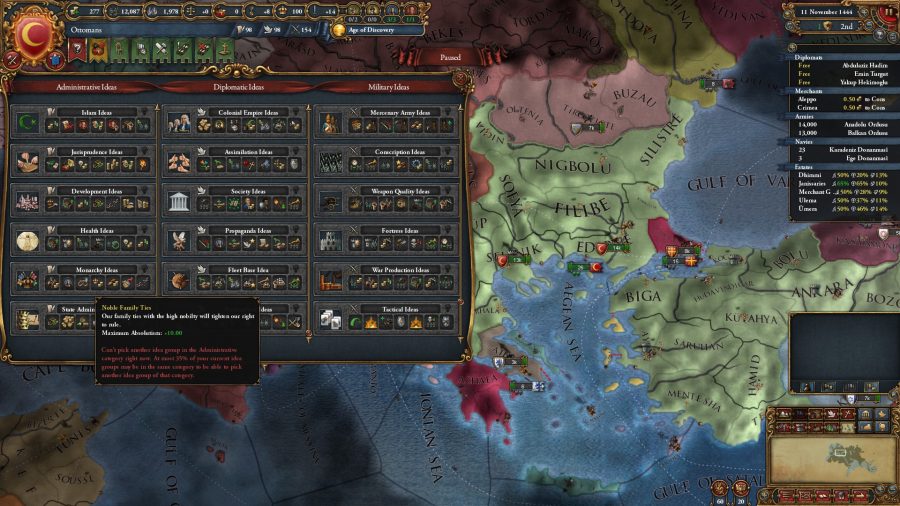 A must have for any EUIV game. This mod creates a thoroughly new Idea and Policy selection which deepens the game and adds nuance to player decisions. Not only can the ideas truly reflect where the player wants to take his or her nation, but also adds supporting elements in policies and buildings that complement these changes.

The Idea Variation also increases the number of ideas a nation can take (while lowering the bonuses to preserve balance) allowing for a more incremental but a highly more customized experienced. 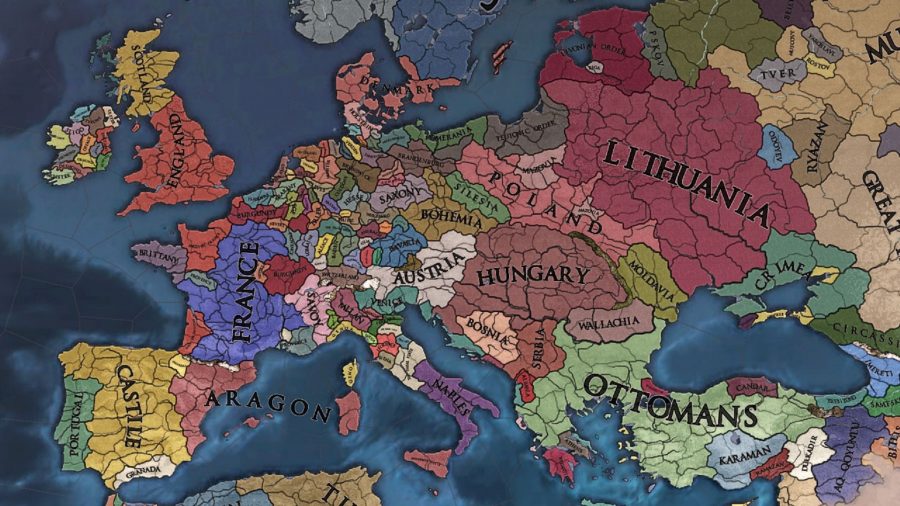 This is a graphics mod that, instead of going for a new visual style instead tries to enhance the existing one. It features new HD terrain textures, better-looking seasons, better water gfxs, thicker font for country and province names and easier-to-see country, province and state borders.

It is definitely compatible up to Version 1.30, and possibly later versions, but it also has several sub-mod variants that can combine with other mods or expand different feature sets. 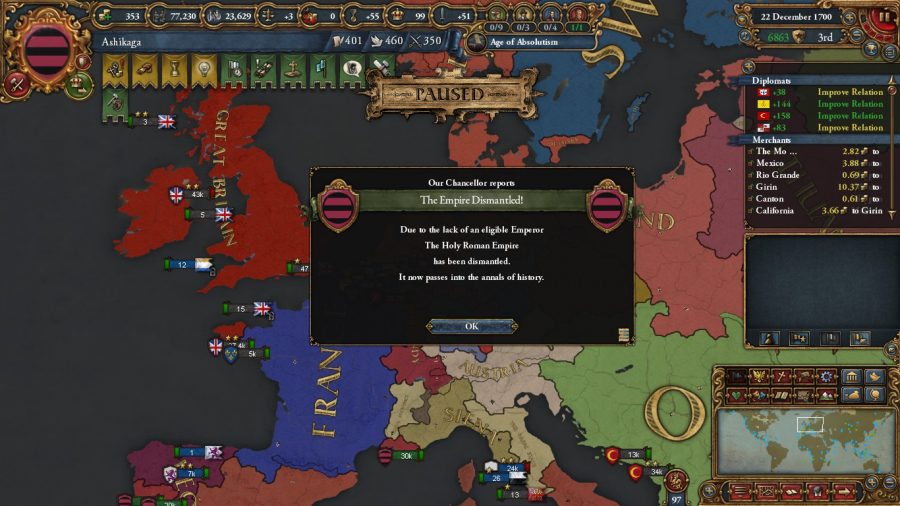 TOT is a gorgeous map mod that thrills the senses and pulls the player straight into the aesthetics of the period. This is a mod that needs to be seen and not just described. Still, even with all of these graphical tweaks, this mod crazily improves performance rather than overburdens our GPUs with its better graphics. A miracle and masterpiece, it’s like being in front of a truemap of this game world.

The original mod is only compatible up to Version 1.28, however someone else has created a 1.32 compatible version.

From sight to sound, don’t underestimate just how more immersive it is to play EUIV with period or culture appropriate music. While Paradox has done an outstanding job in creating a soundtrack for the game, it’s honestly just an emulation of period music.

It’s as if Hollywood wrote the soundtrack to history. Not anymore! You can get your hands on the actual deal and feel like that victorious yet cultured conqueror via the Classical & Baroque Music mod and the Dynamic Cultured Music mod.

HOW TO MOD EU4

Check if the mod is up to date with the most recent patch. Once a new expansion comes out you may have to wait a few days, weeks, or even months until the mod is updated. Thankfully, EU4 will give you a warning if you’re about to load a mod that isn’t up to date. Also, each mod will tell you on the side menu if it requires certain DLC.

You can always roll back your version to continue your campaign. Check the mod pages on Steam or the Paradox forums on how to do this since it might be different for each mod and version of the game. If all else fails, ask in the comments threads for instructions!

Check if the mods you’ve selected are compatible with the other mods you’ve downloaded. This information is usually found on each mod’s page as they usually list which mods they are able to run with. Remember that most mods aren’t compatible with Ironman. If you’re achievement hunting, you’ll need to find those mods that will tell you on their descriptions that they’re Ironman compatible.

These mods are presented merely as standing examples of the routes one can take to look for a new EU4 experience. Whether it’s enhancement or something totally new — a complete overhaul or small mechanical or cosmetic change, the modding community presents a whole plethora of well-crafted offerings.