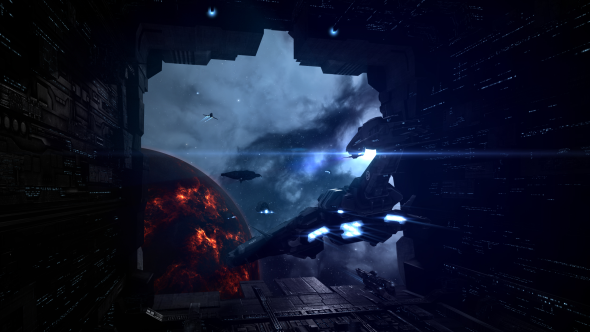 Fan mail is a glorious thing, unless you’ve annoyed your fans with a bunch of balance changes. Of course, I’m talking about Eve Online, which has alienated a portion of its community after making the game free-to-play, prompting one fan to post them a bag of dicks. A package of penises. A carton of cocks. A parcel of phalluses. A box of bell… anyway.

If you prefer your galactic voyages without the dicks, check out our list of alternative space games.

On Reddit, game designer Brenton “CCP Larrikin” Hooper explained what happened with the, ahem, package. In the post, Hooper talks to the community about how importing goods works in Iceland.

Basically, goods have to include an invoice, then the recipient has to pay for said goods. If there’s no invoice, the addressee gets a letter asking to get one sorted, though there is another option – they can request that customs open up the parcel. In this case, that’s what Hooper did.

Here’s what they said was in the package: “The shipment contains: two candy gummy bags in the shape of penises, glitter, penis shaped confetti, and a coupon that says ‘Eat a bag of dicks’.”

Researching this story, I found out that you can actually get a company to do this for you. The very NSFW Dicksbymail.com is exactly what it sounds like, and will send your enemies a tasty bag of gummy gonads. Same goes for Bagofdicks.com. The more you know.

Please don’t send these to us or anyone else though. Thanks.