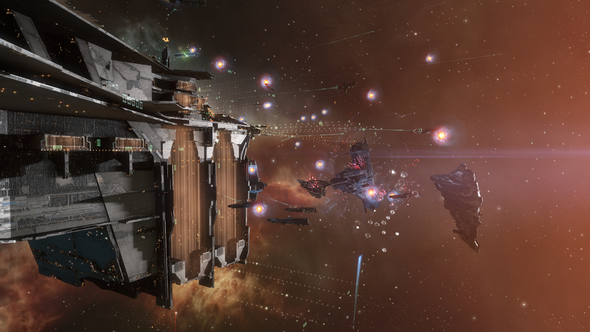 Eve online is perhaps best known as the unforgiving space sim which has given birth to a whole host of insane stories about war, intrigue and the toppling of mega-corporations. Amidst all the strife and betrayal it is often all too easy to forget that behind the pulse lasers and cargo holds sit real people dealing with genuine problems. John Belliscoe was one of those people who, in 2014, tragically lost his lifelong battle with depression and took his own life.

But the community has not forgotten what happened to John and now, every April 29, the Brave Collective alliance holds a 24 hour vigil in memory of him and every other player who has logged off forever. Furthermore, the Eve community has produced a video encouraging players who may be depressed to reach out, stating that “good or bad, pirate or angel, we all play Eve because we love being part of this community.” They have even set up an in-game broadcast channel under the moniker ‘broadcast4reps’ so that anyone who is having thoughts of suicide or self-harm can reach out for help.

The 24 hour vigil can be seen in the video above, or over at YouTube. Eve Online can be played for free, just head on over to the Steam store page. If you are struggling with depression or thoughts of suicide please contact one of these suicide crisis lines and reach out for help.