In a giant shakeup of its mechanics, EVE Online creator CCP Games has announced plans to change local chat for the whole of nullsec space. The decision follows an unprecedented NPC attack last week, in which Drifter battleships turned on players.

According to CCP’s canon, Drifter attacks significantly affected the communications infrastructure of player-owned space. As a result, the local chat will switch to delayed mode. Though it sounds like a relatively minor change, it could significantly affect the way players operate.

“Due to the combined impact of the Triglavian and Drifter invasions, resupply of the vital quantum entangled 4-helium superfluid used in the network is increasingly under threat”, said Eve Online in its The Scope news video. “To ensure sustainable operation of the FTL comms network and guard against the risk of strategic communications bring compromised, the SCC will be enforcing reduced bandwidth across its nullsec routers.”

As Reddit’s u/wingspantt explains, players in Eve Online typically appear in the local chat list automatically. Over the years, this has allowed player alliances to craft scripts that detect enemies when they enter a territory, even if they’re in stealth. When the blackout goes live, pilots will only show in the local listing if they choose to post messages.

To keep things fairer, CCP says it will warn players 48-hours before the blackout. They’ll have two days to come up with a strategy, at which point the galaxy will exhibit similar behavior to so-called ‘wormhole space’. 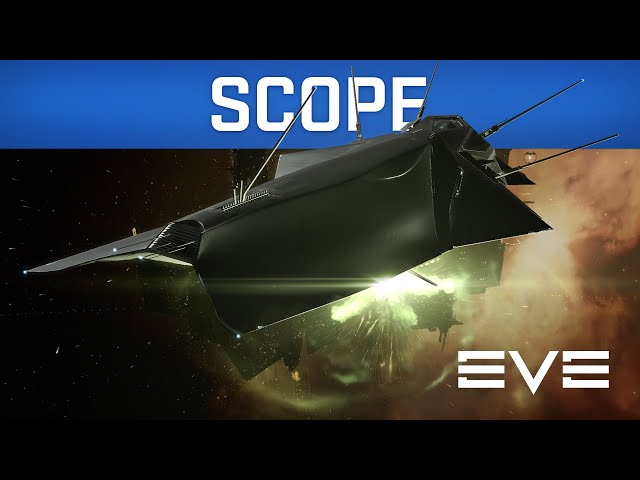 There’s no word on how long these changes will persist, with some players worried about the effect. With no automatic player listing, users will have no idea how many players are hunting them, and won’t be able to make informed decisions as a result. At the same time, The Scope is warning of a fresh wave of attacks by the Drifters. They’ll have a renewed focus on hunting down both structures and individual players.

In general, the player base of Eve Online is very split by the recent changes, with some threatening to end their subscription and others believing a change in direction is necessary. At the very least, players will have a warning this time around.

If you want more games like Eve Online then check our guide to the best space games.