Eve Online’s next expansion adds a radically new region of space that is, strangely for an MMO, single-player. It will be tough, too, given that it is populated by a powerful faction that pilots new ships and is armed with new weapons.

Beyond that, Into the Abyss marks the end of a storyline years in the telling and the start of a new, exciting chapter in Eve.

Learn about the war the developers are having behind the scenes of Eve Online.

Abyssal Deadspace is the name of this new region of the universe that can be jumped into from almost anywhere in Eve. The area is dominated by the Triglavian Collective – a powerful group in command of ships and technology that you would not have encountered before. 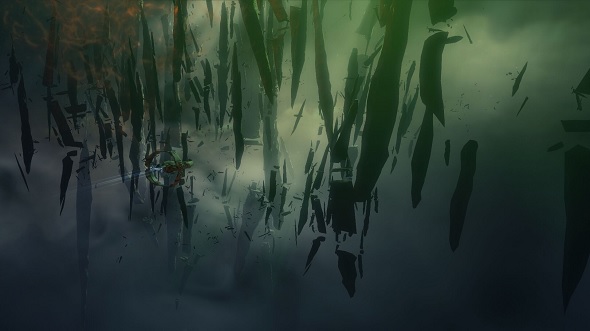 When you jump into a pocket of Abyssal Deadspace you drop an entry point beacon and leave New Eden behind, loading into an instanced dungeon. You can only enter this space solo and, as that means there is less for the game client to calculate, CCP have been able to make this part of the game look better than ever before.

The further into Abyssal Deadspace you explore the harder the enemies become and the more valuable the loot is that they drop. If that wasn’t enough to push your forward then there is also a timer to consider. Spend too long in the instance and your entry beacon will become visible to other players. That could mean, as you exit from the same portal, someone could be waiting to pounce on your ship.

What makes diving into this dangerous new area is the fact that it’s the only place you’ll be able to collect the new mutaplasmid resource. It’s a transformative reagent that, when applied to your gear, can either upgrade it into Abyssal modules or destroy it. The risk is yours to take. If you are destroyed in Abyssal Deadspace then your escape pod will be belched out at the entry point and all the loot you amassed in the deadzone will be lost. 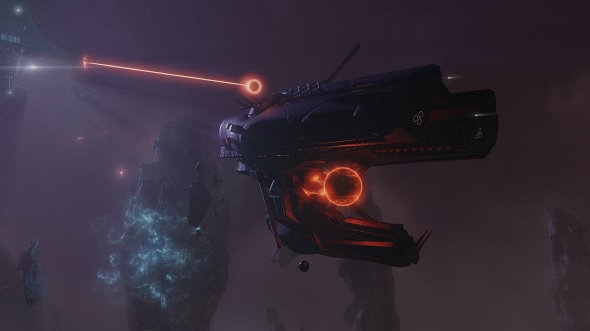 The Abyssal Deadspace itself sounds a little like The Zone in Stalker: it’s a dangerous, lawless area filled with high-level NPCs, dangerous environmental effects, unique questlines, and rewards valuable enough to make the danger worthwhile.

This is a fascinating prospect for Eve. While it may not appeal to veterans who find their fun in the politics of interacting with each other, for new players Abyssal Deadspace is a more comprehensilbe welcome to the notoriously overwhelming game they may seek. After all, if you’ve raided a dungeon in WoW, you understand the cut of Abyssal Deadspace’s jib. That’s not to say it won’t prove enticing to anyEve veterans, however, as for some players Into the Abyss is the next chapter in a story they’ve been following for years.

Back in 2015, mysterious NPC ships began to appear in New Eden. These drifters wouldn’t respond to players’ hails and are seen by many as invaders. In recent months, larger drifter fleets have been appearing and a player group called Arataka Research Consortium have taken to hunting them down. In the wreckage of the drifters, players found scraps of video that, when pieced together, revealed the drifters were in fact fleeing an even stronger faction – this mystery aggressor is the Triglavian Collective:

Into the Abyss is set to add a whole new chapter to this story, giving you a chance to interact with the faction itself, and hopefully learn why they were attacking the Drifters, why the Collective haven’t left Abyssal Deadspace, and where exactly they come from.

We’ll bring more details about the new expansion in the coming days.