Behind every spectacular Eve Online battle you’ve ever heard about – the 7,548 player Bloodbath of B-R5RB; Burn Jita’s fiery incursion into supposed safe space; the numerous skirmishes of the conflict now enveloping the empire of spymaster The Mittani – there have been figures on both side making their reputations as Fleet Commanders.

Eve Online sits among the best space games on PC, by our estimations.

This is a universe where players are undirected by game designers. Where war is not the default, but an expensive, complicated and time-consuming enterprise. During B-R5RB, it took the Clusterfuck Coalition and Russian alliances 21 hours to grind down N3 and Pandemic Legion, costing all sides in the fight a total of around $300,000 USD in ships.

It takes a rare kind of player to marshal hundreds of others to log in, telling them when and where to warp and who to fire on, while maintaining the morale that ultimately determines the outcome of Eve’s territorial struggles.

WOLFPACK10 is one such player. Speaking at Reykjavik’s Eve Fanfest during a rare break from his responsibilities, he nonetheless punctuates his sentences with long sighs, as if burdened by a heavy weight. An Eve player since 2006, his subscription is now paid by player alliance RAZOR. WOLFPACK’s own corporation became a part of RAZOR in September 2015, and since then he’s made his name as an FC. 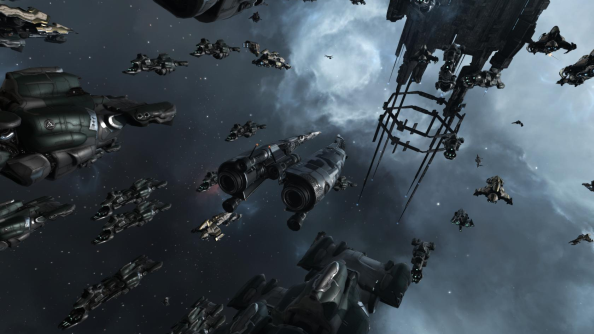 “Junior fleet commanders are the kind of people who have just joined up – they’re looking to take fun fleets [out] to do simple stuff,” he explains. “What I do is the more senior stuff.”

WOLFPACK has led major bids for sovereignty over lawless nullsec regions. He has seized R64 moons, made up of the rarest and most valuable metals. He has played a part in huge coordinated actions involving multiple alliances. Or as he puts it: “All that very complicated stuff.”

“I have killed many fleets, I have lost many ships,” says WOLFPACK. “I ride motorcycles, and they say a motorcycle rider has an area of their brain which is the centre of plan of action and it’s more developed than anyone else drives a car.

“Ride a bike in the rain over a manhole cover and the bike slips, and you react without thinking about it. The only way you develop that is to just go and do it. It’s the same with being a fleet commander.”

Eve is a game played as much out of the client as in. While The Mittani is notorious for pulling strings without deigning to log in, FCs like WOLFPACK straddle a number of third-party VOIP and instant messaging services: TeamSpeak, Mumble, Ventrilo, Jabba and, for AFK moments, WhatsApp.

When leading a fleet, the FC often juggles three or four conversations at once – in one box, WOLFPACK gives instructions to warp, shoot or anchor up; in another, a scout relays information about enemy placements, movements and ammo types; elsewhere a spy reveals the names of his opponents’ fleet commanders; and all the while, other allied FCs report their own positions and plans.

“It’s very easy to miss things,” says WOLFPACK. “Some fleet commanders will have anywhere from ten to 20 channels [they check regularly]. I think in one engagement I had nearly 50 conversations open in Jabba. The average person who uses WhatsApp may see 500 [messages] a day. I see more like 5,000.” 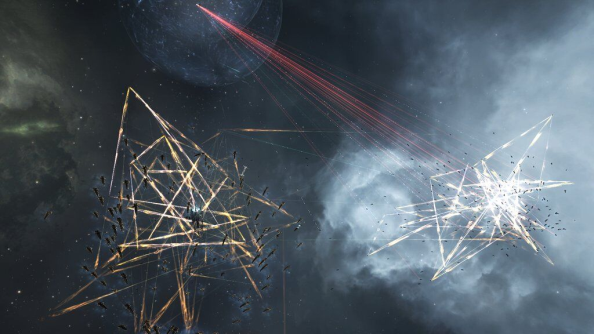 Eve coalitions are large, far-reaching beasts. Not everybody on CCP’s server speaks the same language, nor shares the same pet terms and acronyms – one pilot’s ‘anchor’ is another’s ‘approach’. On the colonial frontier of unprotected nullsec space, allies might not even call a system by the same name.

“You can teach people how to communicate the way you would like, but you can’t teach them how to absorb that information, use it, and then react to it,” laments WOLFPACK. “It’s more something you either can or can’t do, and there’s an awful lot of fleet commanders that will either excel or find it very difficult.”

A good fleet, for their part, is required to sit obediently in chat – pilots talking among themselves until the FC gives the word to warp. WOLFPACK would love to alleviate the boredom, he says, but the walls of WhatsApp have ears. 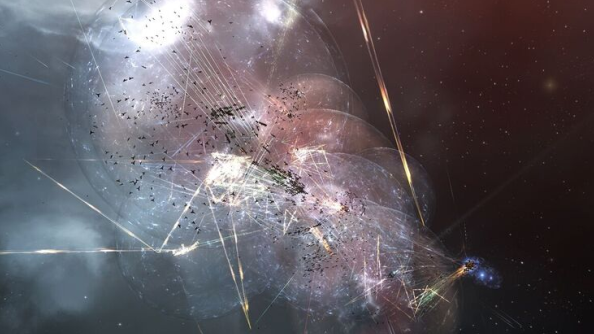 “There’s always a spy,” he elaborates, “so you have to be very careful about how much information you’re going to give away. I do feel for fleets when they’re told to just log in, sit there, shut up and wait, because it’s not fun.”

Any dedicated MMO player understands the pressure of raid night; for an FC that commitment is absolute, and there is “no escape”. A two-hour fleet operation typically represents at least one unseen hour of prep, and a lengthy alliance after-action report.

“When you ping a fleet, you’re committing to that fleet for that action,” says WOLFPACK. “That might be twenty minutes, or five hours of hell where you are outnumbered three to one and can’t go anywhere. If your dog throws up on the carpet you can’t go, ‘OK guys, stop fighting’. It’s a very deep rabbit hole to jump down.

“If you’re leading your 250-man fleet, with a secondary 250-man fleet supporting you, with two 100-man interceptor fleets backing you up, [plus] a hacking fleet, a bombing fleet, a multiple ally coalition – you can’t just walk away,” he adds. 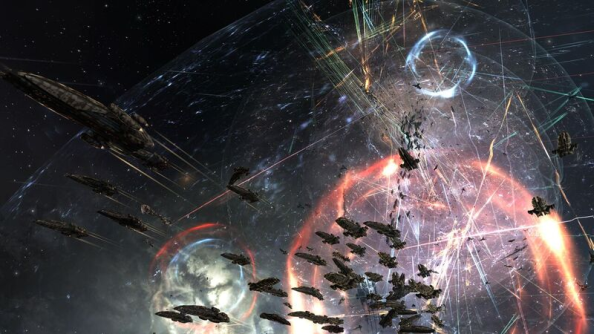 The impact on an FC’s personal life can be profound. Many quickly burn out, while those that survive only do so by rearranging their out-of-game activities to fit. WOLFPACK wakes every day to a 7:30am briefing. Once at work – a job in manual labour, not spreadsheets – he shifts his tea and lunch breaks around to make room for RAZOR’s coordination efforts. Commanding usually means sitting down to log in first thing in the evening – and sometimes leaving work early.

“I was out shopping in town, got a message and had to drop what I was doing rush home and lead fleets,” says WOLFPACK. “I can go through a phone battery in about three hours. It’s very daunting realising that you dedicate so much of your time to a game.”

It’s for these reasons, WOLFPACK believes, that the number of talented high-level fleet commanders in Eve is dropping. 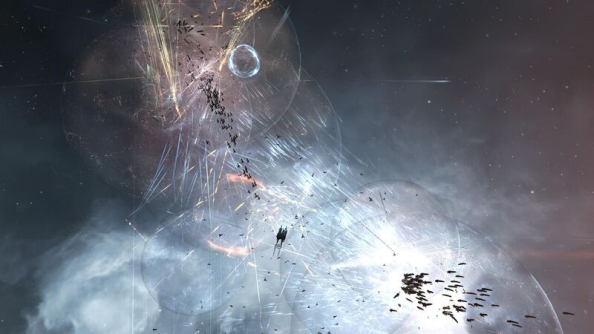 So why do it at all? WOLFPACK describes a favourite scene in which his fleet sat outside a stargate, waiting to attack an enemy rooted in terror. Warping to a randomly-selected spot, WOLFPACK’s fleet landed coincidentally in the middle of 250 frigates. For the subsequent three and a half minutes, they formed a “ball of death”, firing in all directions as the FC screamed out targets.

“That’s why I do fleets,” he says. “We have died together, killed together, warped across more of New Eden getting lost than I want to think about. It’s a lot of fun. It’s a lot of drama and a lot of headache, but it’s definitely rewarding.”