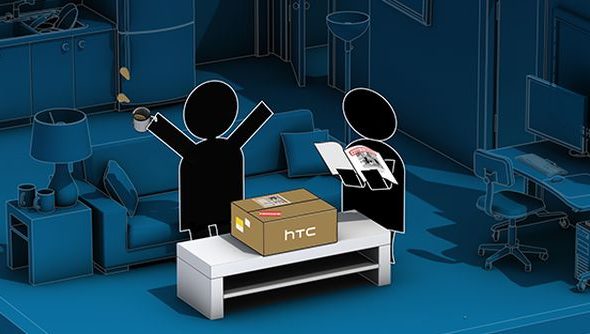 I’ve an inkling that VR is here to stay. When the Vive pre-orders went live yesterday afternoon, it was certainly up for debate just how well they were going to do. Between the high price of $799 (that’s just if you’re in the States and before shipping), Oculus having already pipped HTC and Valve in terms of release date, price and brand recognition plus the general unproven nature of VR, all this work could have been for naught if the right people just weren’t interested. That does not seem to have been the case, as a tweet from one of the developers of the Vive revealed just how quickly they sold in those opening moments.

While you wait to see how VR shakes out, try the best games of 2016.

HTC’s VR product specialist Shen Ye posted this to Twitter just a few hours after the Vive went on sale:

A big of napkin math says that’s just under 12 million dollars from all of us to the various parties involved, not counting the costs of shipping or the differences in prices for regions other than the US. It’s hardly the install base of a new console or PCs in general, but it’s a solid start. I’m certainly surprised that so many people are willing to go in on tech they probably haven’t had more than one go on for such a high price. Then again, those that can afford the medium-high end PC to use it effectively probably don’t mind dropping a few hundred on what could be a completely new, and incredible, form of entertainment.

For my part, none of this convinces me I must get a Vive (or an Oculus) immediately, but I’m more than happy for others to subsidise the format’s future so that by the time the kinks have been worked out and great games start getting made I don’t mind paying. The cost of technology like this will only drop as it gets more popular, or at the very least advancements will mean we get more bang for our buck in a few years time. Did any of you fine readers go in for a Vive? What convinced you?