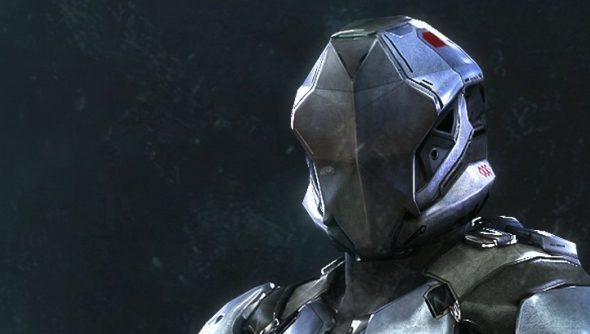 CCP Games, the creators of EVE Online spin-off Dust 514, have released a pair of new dev diaries for the upcoming PlayStation 3 game. The first explains what Dust is about and how it ties into EVE Online, while the second goes into detail on the game’s mercenaries.


Atli Mar Sveinsson, Dust’s creative director, explains that the developers originally wanted to port the entirety of EVE Online to the consoles or turn it into an RTS. “We explored many different ideas, ranging from porting EVE to the console, to RTS spin-offs, but obviously it didn’t feel right to bring PC-specific gameplay and controls onto the console,” he says. “We felt that an FPS would be the best style of gameplay”.
Dust 514 is set alongside EVE’s universe, and it’s meant to feel like it’s been in place since the game began. “We wanted to show that this rich and immense part of the Eve Universe, where earthbound humans lived and struggled, has always been in there for thousands of years,” says Sveinsson.
The big question is how Dust is going to tie in with EVE Online, though. While it sounds like an amazing concept on paper, it could add very little to the game, or even ruin it. The team reckon they’ve got that covered, though.
“Dust players can cooperate and form corporations – equivalent with guilds or clans – together with Eve players who take control of planets and even star systems within the EVE universe”, says Thomas Farrer, the game’s producer. “The results of these conflicts and conquests can actually have an impact on players not directly involved in them.”
Our other doubt about Dust is that it could be a sub-par shooter tacked onto an awesome MMO, but again Farrer states that this won’t be the case. “Everything that you’re deploying with onto the battlefield you own, you’ve bought, you take ownership of,” he says. “So there’s actually a greater sense of loss; it’s not just some vanilla tank that’s spawning out of nowhere that’s lost, it’s yours.”

The second dev diary talks about mercenaries, the denizens of Dust 514’s worlds. In true sci-fi fashion, the mercenaries are immortal. Their minds and memories are stored on a computer to re-download onto the next mercenary template.
“When you die in Dust, essentially your memories, your personality, is being transferred and inserted into another clone, where they just throw you back into the battlefield again”, says Richard Dimond, Dust 514’s art director.
Dust also does away with the traditional classes of first person shooters, in favour of RPG-style character modifications called “fitting”. “This allows the players to take ownership of their character, and their roles”, says Farrer. “They can create different fits to suit different tactics on the battlefield, and also to respond to the changing behaviours of others.”
The immortal approach means that the mercenaries are far more liberal with their firepower, and can be reckless in their approach to chaotic situations. Toughened armour and advanced life support systems make them stronger, too, and firefights look like they’ll be longer and more intense than other first person shooters’.
In other words, it all looks a bit bloody awesome. We just hope that developers CCP Games do the right thing and port it to the PC after its PlayStation 3 release.