Last week CCP unveiled a five meter tall monument inscribed with all the names of players in the Eve Online universe. It’s already been defaced.

Someone has stuck a Goonswarm logo high up on the monument and one player has scratched out another’s name.

Over on the Eve forums, some players are claiming Goonswarm stuck their corporation’s logo on the monument while others claim it was someone trying to frame the corporation. 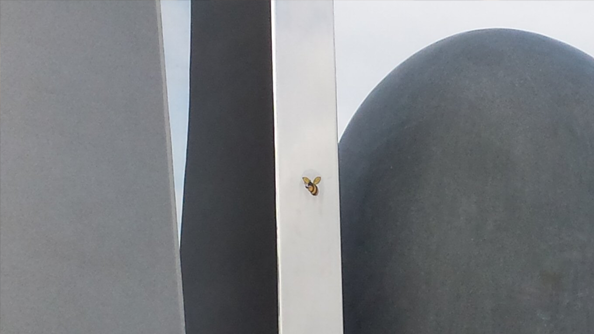 It’s not just stickers, though. Gaius Homerson claims to have scratched out another player’s name because he is disliked within the Eve Universe:

@The_Real_Gevlon @Xenuria Shameful. I dislike Xenuria, but that’s a monument to all of us, not just some of us.

@The_Real_Gevlon @WigglesGRN @Xenuria I have no idea whom either of you 2 are but that is just pathetic and immature.

CCP have yet to respond to the news.