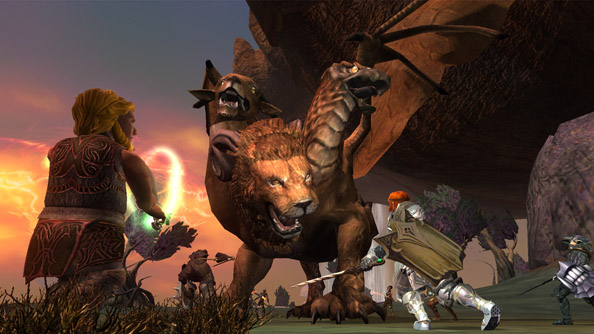 If anybody in Norrath ever offers you a ‘holiday in Drunder’, don’t take them up on it – you’re being threatened with custody. Daybreak are trialing a prison server, to which EverQuest II players caught breaking their rules and disrupting play will be sent. With no chance of parole.

From the sounds of it, Drunder will be more of a prison colony than a cramped gaol. It’ll be a straight copy of the world enjoyed by EverQuest’s free citizens – only populated exclusively by wrongdoers. Players will still have to maintain membership to play in Drunder, but will get no customer service support from Daybreak. Instead, the server’s residents will be left to fester and fight among themselves.

Characters flagged by Daybreak’s customer service GMs and copied over to Drunder can never leave or transfer to another server – and nor can their creators create new characters as a means of escape (“This is a ONE-WAY trip for an entire account forever”).

“As gamers, we recognize there are some players who like to step outside our rules,” wrote EverQuest II exec producer Holly Longdale. “Ultimately, players who break the rules – or want to – will have a world of their own to do… whatever they will.

“This is an experiment. We wanted to see what happens given it’s not a very common option. Let’s see where this takes us…”

Drunder will go live later this week. The curious won’t have to break the law to visit – rather requesting their own one-way trip via Daybreak’s /petition system. Are you curious?