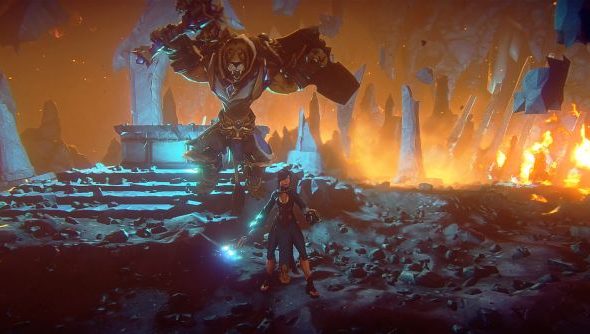 Daybreak Games, the studio born out of Sony Online Entertainment’s acquisition last year, has cancelled the next instalment in its MMO franchise EverQuest Next.

Looking for a list of MMOs that weren’t canned? Here are the top 10 you can play right now

Daybreak president Russell Shanks made the announcement on Friday proclaiming that the game simply ‘wasn’t fun’ after more than seven years in development.

The game caused much excitement upon announcement at E3 in 2010, showing off a structure-building and terraforming aspect to the series’ usual fantasy MMO fare.

“Inherent to the creative process are dreaming big, pushing hard and being brutally honest with where you land,” wrote Shanks on Daybreak’s website. “In the case ofEverQuest Next, we accomplished incredible feats that astonished industry insiders. Unfortunately, as we put together the pieces, we found that it wasn’t fun.”

EverQuest Next becomes the second free-to-play fantasy game in as many weeks to be canned despite lengthy development times, following in the footsteps of Fable Legends as Lionhead Studios was shut down earlier this week.

Fellow F2P MMO developers Carbine Studios, creators of WildStar, also suffered lay-offs on Friday when as much as 40% of the studio’s staff were let go.

Despite the dark and gloomy market environment, Shanks was quick to reassure that this wasn’t the end of EverQuest as a franchise. “EverQuestin all its forms is near and dear to our hearts,” he said. “EverQuestandEverQuest IIare going strong. Rest assured that our passion to grow the world ofEverQuestremains undiminished.”