Everspace 2 is one of the most impressive Early Access games I’ve ever seen. It’s polished, it’s fun, and it’s somehow scratching itches for both a new Rogue Squadron and Diablo. The only clue that it’s not actually finished yet is the fact that I know the story is going to cut off at some point well before its intended climax.

Everspace 2 keeps the simple arcadey flight controls from the previous game, but expands everything else. Instead of the procedurally generated, roguelike-style stages of the first game, Everspace 2 sets you free to explore massive, handcrafted levels spread out across a series of star systems. And it’s underpinned by a classic gameplay loop: kill enemies, get new weapons and ship components, kill tougher enemies.

In 2015, developer Rockfish Games wanted to move beyond its mobile roots to create a space combat game with a triple-A publisher, but things didn’t quite work out. “They pulled the plug,” studio co-founder and CEO Michael Schade tells us, “we suppose, because of No Man’s Sky. The whole space combat thing became too competitive, so we had to start all over again.”

Rockfish found itself trying to make a game that publishers didn’t want to touch – after all, who would want to compete with games like Star Citizen (hindsight and all that) and No Man’s Sky? So the studio took its ideas, built a prototype, and took it to Kickstarter. “That’s why we chose the roguelike formula [for the first game], because we could build a prototype and show our fans,” Schade says.

There were three main complaints in Steam reviews for the first Everspace, which the team wanted to avoid with the sequel. One was simply that it was a a take on roguelike games – a lot of players wanted an open world with crafted levels and clearer progression. No problem! Just devote a massive pile of development resources to expand the scope of the game. 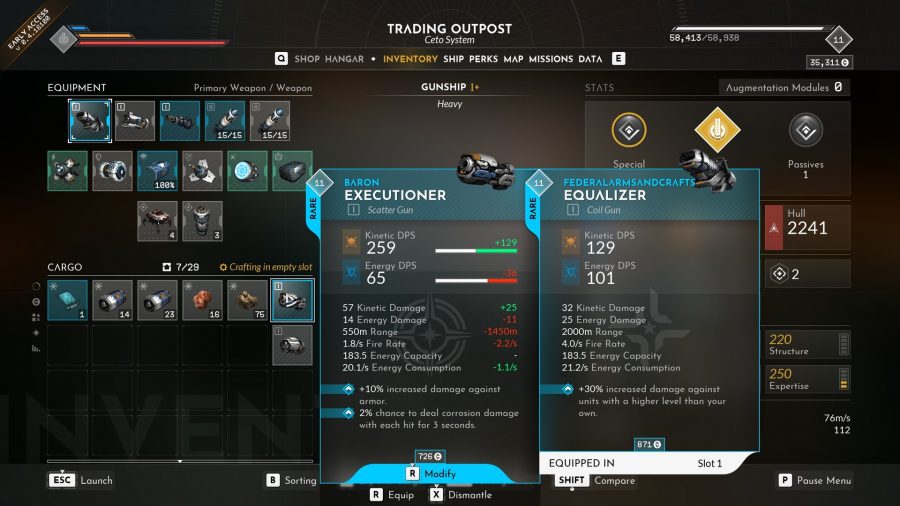 The other two complaints were much more straightforward. One was poor HOTAS support. Schade says that was tough to improve with the way the original game was built, but Everspace 2 has been made with that sort of deeper control system in mind from the start. The other was the first game’s somewhat hinky VR support. The solution? Drop VR support entirely.

That might sound like a bit of a nuclear option, but for Rockfish, maintaining its vision is essential, even if that means some players get left behind. “If you are a VR fanatic, and you want to have a 100% VR experience, then we can understand that,” Schade says, “but this is not the kind of game we’re making.”

If you don't like it, sorry - you have to look for another game

According to Rockfish’s own fan surveys, only 4% of players are looking for VR, but that VR audience is “very hard to please,” Schade tells us. “You always have people who complain about stuff that doesn’t work right out of the box. We’d rather not do it, and instead focus on the stuff the vast majority of players enjoy.” That goes for features like multiplayer, too, which Schade says would “add months, if not years, to our development cycle. It would cost us millions, so that’s another thing we’re not touching.”

Other requested features like the ability to fly capital ships or to get out of your ship, were similarly lofty. “We’re an indie dev, we don’t have a couple of hundred million dollars, so that’s not going to happen either,” Schade says. 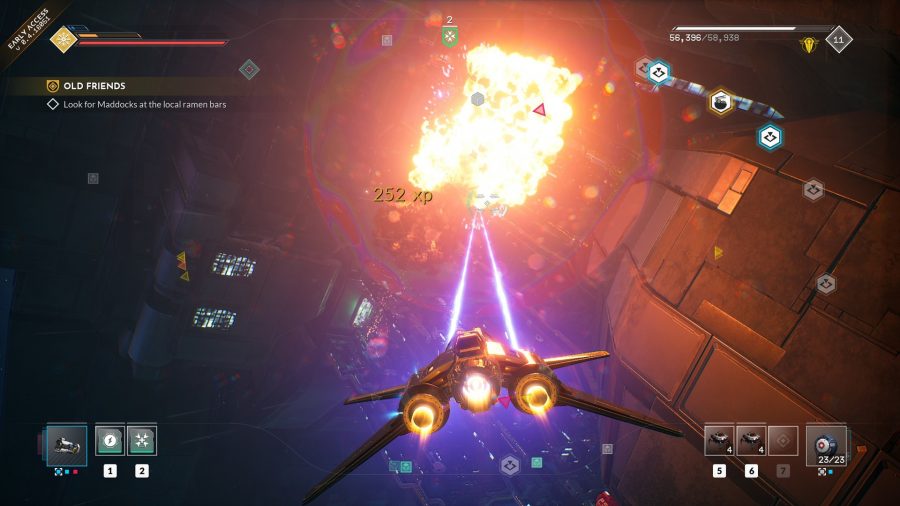 “If you do that it has to be meaningful, otherwise, it’s a gimmick that gets old really quick. So yeah, to a few people we had to say ‘no, it’s not happening, no matter how much you want it’. Because there are way more people who want something else, or are not interested in this. We’re not deviating from what’s promised on our Kickstarter. This is what we’re doing. If you don’t like it, then sorry – you have to look for another game. It’s hard, but you have to do it.”

That’s not to say everything outside of arcadey space combat is off the table for Everspace 2’s future, though. For fans of old-school simulation space games, for example, Rockfish meets them halfway. By default, Everspace 2 has inertial dampeners, which means when you turn off your thrusters, your ship stops moving – contrary to how space flight generally works. But if you want to pull off more advanced manoeuvres, you can turn off those dampeners in the settings. “However, the game becomes extremely difficult if you do that. So, if you want to go down that road – if you think you’re the best space pilot out there – bring it on. Disable inertial dampeners and have fun, because as soon as you fly inside narrow spaces, like space stations and asteroids, it’s gonna be a bonk fest,” Schade says. 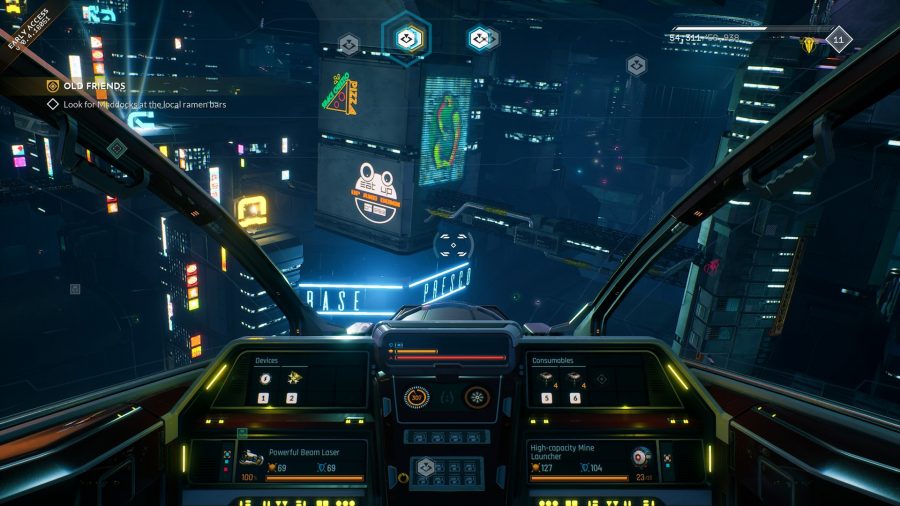 “The thing is, no matter how well you explain this in the description, there are still people who either don’t read it or say ‘I don’t care, I want a simulation game’. We don’t want to lose these fans, but on the other hand, we don’t want to make a different game.”

Schade speculates that the market for a more arcadey space combat game is around “ten times bigger,” and that this sort of experience is what Everspace stands for. Rockfish started out with mobile games, and while Everspace 2 is just as big and robust as you’d hope for a major PC game, the idea of accessibility is still at the heart of the studio.

“I think, as long as you provide the option, the hardcore space sim fans will appreciate it. They say ‘Oh, it’s fantastic. You have HOTAS support. I know it’s gonna be hard, I want that and I’m happy you support it.’ And then, it’s all good.”