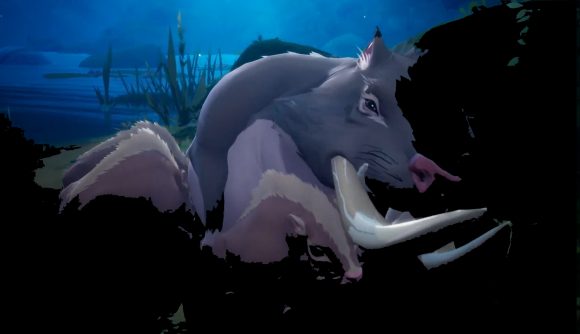 X019, Microsoft’s London fanfest, has brought plenty of new Xbox and PC news, and now the company has revealed an exciting new game – sort of. The game is named Everwild, and it’s a new IP from Rare, developer of Sea of Thieves, Banjo-Kazooie, and GoldenEye, but we don’t really know much about it – aside from its gorgeous visuals and mystical woodland setting.

“While Everwild is still early in development, we are very excited about the unique potential of the game we are creating”, says studio head Craig Duncan. “The Everwild team is focused on building an experience that allows for new ways to play in a natural and magical world. The development team, led by executive producer Louise O’Connor, is creating something truly original and incredibly special that aims to be more than just a new IP. Everwild will give you memorable, engaging and meaningful experiences for players everywhere to share. We cannot wait to share more with you in the future.”

Rare says it will continue to support Sea of Thieves as it develops Everwild, but aside from that it revealed precious little about its new game. Instead, the company focused on the next update for Sea of Thieves, which will include a new Tall Tale mission and a new weapon in the form of firebombs.

These explosive items can be thrown or loaded into cannons in both Adventure mode and in The Arena. Finally, the update brings new commendations and cosmetics to earn and buy in the Pirate Emporium.

Check out the Everwild trailer above.

The patch arrives for both Xbox One and PC on November 20. Everwild’s release date, however, is still to be confirmed – we don’t even know which platforms it will arrive on, but given Microsoft’s recent push for PC, it’s likely you’ll be able to play it on your desktop.