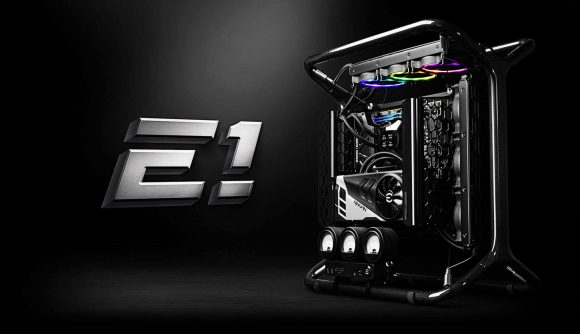 EVGA has announced plans to release a new prebuilt gaming PC, simply titled the ‘E1’. Featuring a bold open air case design in addition to top-of-the-line components, the company believes that it’s “taking extreme gaming to the next level by setting a statement with our new gaming rig.” If nothing else, it’s made us want to immediately mod our own systems with analogue temperature dials.

While EVGA hasn’t shared much in the way of specifications, we know it features an EVGA Kingpin water cooled graphics card, which we suspect could be an Nvidia GeForce RTX 3090 Ti. Vince ‘Kingpin’ Lucido teased the card earlier this week via a Facebook post, but it’s unclear whether it will remain exclusive to the E1.

We’ll circle back to the rest of the E1’s specs in a moment, but we need to talk about its analogue temperature dials. Whether you plan on engaging in some serious overclocking, or just fancy a novel way of monitoring your system’s temps, there’s no denying the charm of these gauges. We’re so taken with them, in fact, that we’d love to see them sold as a standalone peripheral or in other cases. 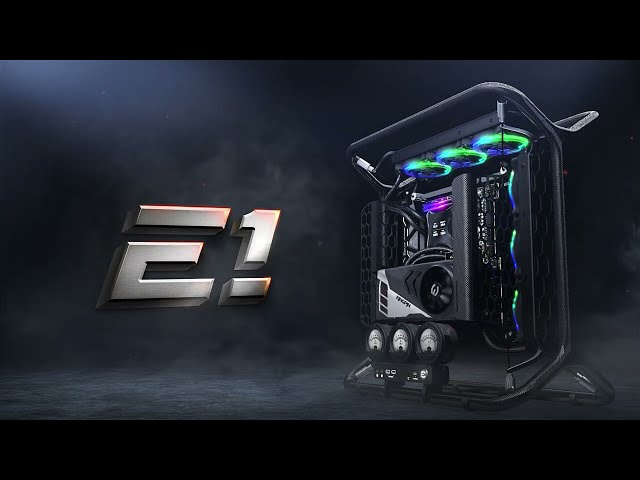 As bold as the E1’s lightweight carbon fibre skeletal chassis is, we’ll have to wait and see how it performs under load without a conventional means of airflow. If you fancy yourself an EVGA E1 though, you’ll have to act fast, as the company says stock will be “extremely limited and available to EVGA Members only.”