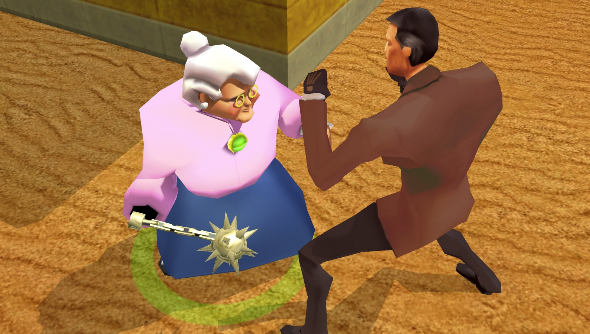 Rebellion are determined to create a sequel to their bad-guy strategy Evil Genius, and are promising that it will go into production sooner rather than later.

In an open letter on Rebellion’s blog, the studio explained that Evil Genius Online – the casual Facebook version of the game – was not the sequel the studio intended to make, and that a true successor to the original was on the cards.

“We’ve always wanted to make a fully-featured PC follow-up. We’ve taken concepts for an Evil Genius sequel to publishers before but we weren’t able to secure the funding we needed. However since then, we’ve looked into alternative ways to get this game funded and created. We are going to make this happen. And it’s going to be soon.

“We’ve been watching the Evil Genius community for some time now, and we’re sorry that we couldn’t tell you earlier about our plans. If anything, your enthusiasm over the last couple of weeks has galvanized our efforts.

“In the next few days a key member from our Oxford studio will be in touch. They want to engage with the EG community and get you involved in the first steps we take towards the next Evil Genius game on PC.”

Evil Genius was published back in 2004, so fans have been holding out for a long time for word on a sequel. Plenty were pretty annoyed when a glimmer of hope turned out to be Evil Genius Online, but this news should come as great consolation. The team seem pretty confident that they can get Evil Genius 2 through the gates, so watch this space.