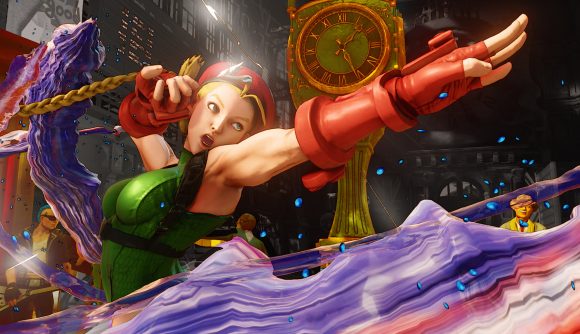 Historically, Street Fighter is the main event of Evo, the world’s biggest annual fighting game tournament. That was true in the event’s now-ancient past, throughout the heights of Street Fighter IV and even into the less glorious days of Street Fighter V. Those days come to an end at Evo 2019, as the finals schedule confirms that Capcom’s fighter has been bumped from the top slot.

Instead, the final spot will go to Super Smash Bros. Ultimate, which closes out the show on Sunday, August 4. Sunday finals will start with BlazBlue Cross Tag Battle, then we’ll have Street Fighter V, then Tekken 7, before we end on Smash. We’ll see Soulcalibur VI finals on Friday, and Saturday will host UNIST, Dragon Ball FighterZ, Samurai Shodown, and Mortal Kombat 11, in that order.

Smash Ultimate got dramatically more entrants than any other fighter this year, thanks in part to the fact that the aging Melee has been dropped from the lineup, so now the Smash community can coalesce around a single game at Evo. It’s not the first time Street Fighter V has hit second place in entrant numbers, though, as it fell slightly short last year against a fresh Dragon Ball FighterZ.

Evo 2019 starts on August 2. Expect a more precise schedule for the tournaments soon.