Like a sweating and blue-faced drug mule trying to look casual as he shuffles his clenched buttocks through customs, the DLC-rammed Evolve semi-successfully made its way on to PC without one of its collector’s edition exclusives exploding in its stomach and killing it instantly.

But Turtle Rock have come good on their promise of not fracturing the player base by giving away free maps for their co-op shooter. Two new locations will be available in April, called Broken Hill Mine and Broken Hill Foundry.

Thanks to lovely capitalism, the maps will be exclusive to Xbox One until April 30th, at which point they’ll launch on PC and PS4. They’ll be playable in Hunt, Nest and Rescue modes, as well as as part of an Evacuation campaign, a Skirmish or Custom match. 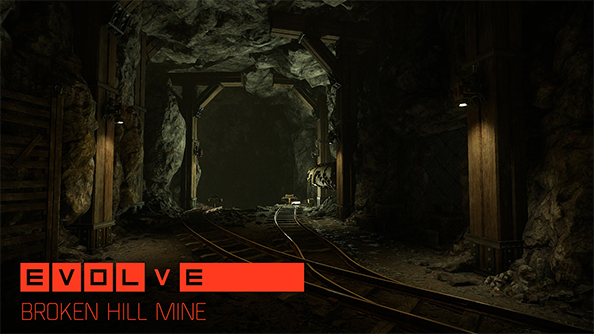 Broken Hill Mine is a big hole in the ground under Shear that’s had all of its valuable minerals and materials scooped out in order to build all of the other stuff in the game.

The Evacuation campaign effects for this map are:

Hunter Win: Mining Drones get repurposed as Shield Drones for the Hunter team in the next match.

Monster Win: Destroying the mining drill makes the environment tectonically unstable. The resulting earthquakes will flush out birds from the surrounding areas, deceiving the Hunters as to where the Monster is really located. 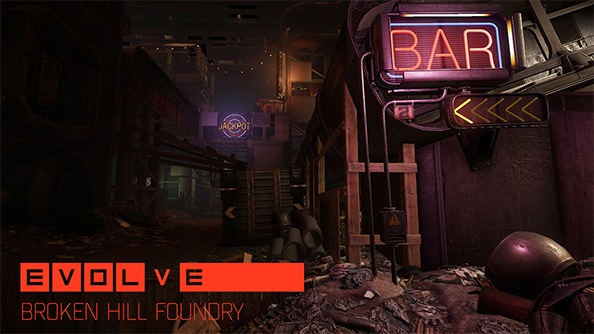 The second map is Broken Hill Foundry, the largest facility on the planet for smelting. It smelts all sorts of things. Smelt. It looks refreshingly industial, with lots of interior spaces as well as open areas.

And here are the Evacuation campaign effects for that:

The maps will be available on April 30th. And Evolve recently got an FOV slider, in case you’re interested.