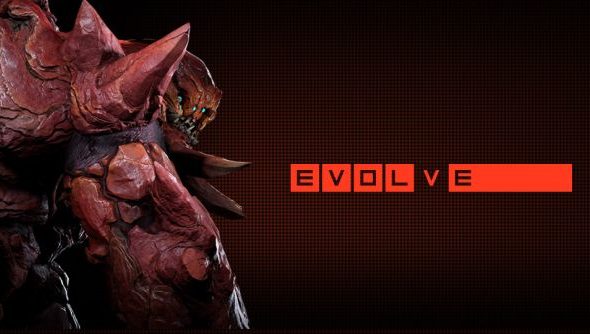 As rumoured yesterday, Evolve is going free to play once its #StageUp countdown ends. Not only that, but the initial launch of this, in a beta form on Steam, will have no microtransactions of any sort. A currency called silver keys has been added, but can’t yet be bought, presumably so that the folks at Turtle Rock can balance around a satisfying earn-rate before adding the option of putting in cash. All of this was announced in a blogpost by Turtle Rock co-founders Chris Ashton and Phil Robb today.

Can a change to free-to-play make this one of the great PC games of the year?

Those who’ve bought the game previously will retain all their content, as well as being granted Founder status which comes with:

That via Cory “Insane” Lanier, Turtle Rock’s community coordinator and balance tester, who has been posting various updates and clarifications on Reddit. His main promise is that the studio will never make anything that affects gameplay exclusive to founders or locked behind a paywall. Whether that means they intend to make new monsters, arenas or hunters free to all or simply earnable as well as buyable remains to be seen.

In their blogpost, Ashton and Robb say that the launch “DLC shitstorm” stopped people getting into the game and discovering how much fun it was. The move to free-to-play, therefore, is meant to make it so everyone can try it and find out if they like it.

“Here’s how it’s going to work: We’re going to make Evolve free on PC as a Beta starting on July 7,” they write. “This is going to allow us to hit our new server infrastructure really hard and we need your help testing. Stuff could break, and that’s our hope, because that will give us time to improve things as we go. We’ll parse out major Beta revisions, updates and features over a period of weeks and months — a plan we’re going to continually communicate here.

“This allows us to test new features and major changes to make our game more accessible and ever closer to the joy we saw when we first showed our baby to the world. Just as importantly, this Beta plan gives us the flexibility and time we need to keep fixing bugs and making Evolve more stable.”

The lack of monetization on launch was confirmed in an interview at GameInformer. The silver keys, as of this moment, cannot be bought with real currency. Officially they’re calling the move to F2P “Evolve Stage 2” and plan to iterate far more frequently than they have in the past.

“We’ve put a lot of work into how we build things, our infrastructure, and the engine behind it so we can patch weekly if we need to. We’re going to try and keep that up,” says lead designer Brandon Yanez. “We are going to get stuff out fast. We have four hunter adaptions that are going to be hitting in the first two months. Every two weeks roughly, you’ll get a hunter. In the off week you’ll get new perks. That’s in addition to any skins or cosmetic badges that come out.” 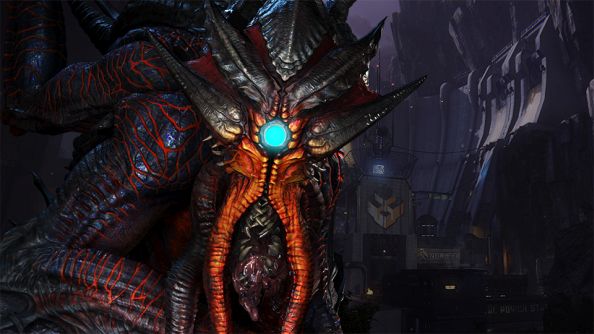 They also plan to continue development beyond that, naturally, assuming they gather a larger community from the move. They want to get into a Valve-like situation where their community will design cosmetics to be sold on the Steam Workshop, but that won’t be available at launch.

With the move come a number of gameplay changes, at least in part aimed at building up a casual playerbase as much as a hardcore one. They’re outlined in the GameInformer interview, but essentially it’s a little less vital that everyone on your team knows exactly what they’re supposed to be doing all of the time, letting stronger players carry weaker ones while they’re learning. In turn, the monster has a few more abilities so they don’t get squished with ease.

It’s a humongous amount of change, and more in-line with a sequel than a patch. Will it be enough to bring you back to the game?