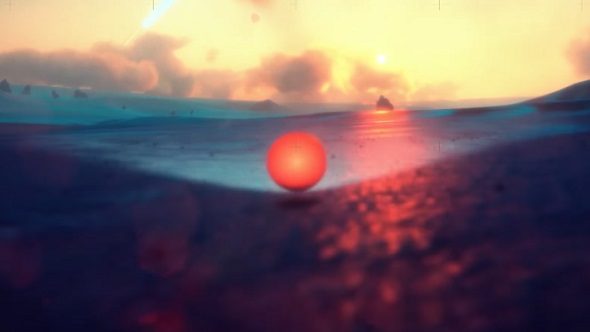 As it enters its final week on Kickstarter, developer Exbleative have released a five-minute developer walkthrough, showing the first planet players will explore in Exo One. Showing the basics of its movement system, this footage shows how players can quickly gain speed and rocket into the clouds.

For more games among the stars, check out our list of the best PC space games.

Narrated by lead developer Jay Weston, this walkthrough discusses how players move across planets and continue the journey of humanity’s first exo-planetary mission. Players gain speed by manipulating their ship’s gravity, increasing it on down slopes and returning it to normal on up slopes. Once you built up enough speed by skimming along different peaks and troughs, you can then switch to the ship’s glider form as you soar into the skies.

Once you’re in the air, it’s then your goal to find the special monolith which will blast you off to the next planet. There are around seven planets in total, with each one having its own geography and gravity which will change how players gain speed and height. There will be other terrestrial planets like the one seen in this video to explore, alongside water worlds and huge gas giants. Expect to be skimming over the ocean like a stone when you go to the ocean planets.

Pilots also have to keep an eye on their ship’s energy levels, as constant gliding slowly drains your power. You can quickly generate more power by returning back to the ground and rolling at high speed along the planet’s surface. Getting hit by lightning also restores your ship’s power, so don’t be scared to take a detour through that nasty looking storm cloud to top up your battery.

There’s no time limit on getting to the next monolith; you can spend as long as you want exploring each planet and playing around with Exo One’s ship physics. The game’s narrator will chime in as you travel, telling you tidbits about the planet you are on and the current state of your journey. If you do get completely lost, there is a small compass at the top of the screen that points you towards the next monolith, but I’m sure you won’t lose sight of a giant glowing rock.

Exo One has three days left on its Kickstarter, with it being around $4500 AUD short of its funding goal at time of writing. If it does reach its goal, it is set to launch around January of 2018.