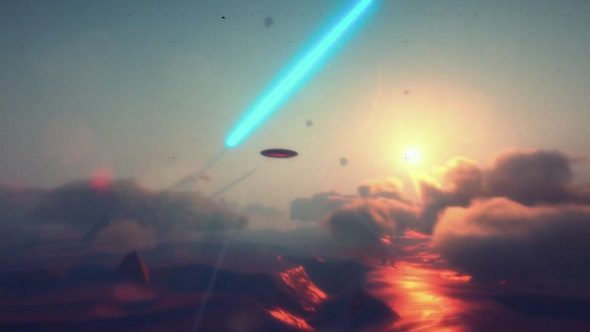 Following a successful showing as part of EGX Rezzed’s Leftfield Collection, indie studio Exbleative have just launched their Kickstarter for the momentum-based space exploration game, Exo One. Acting as a recreation of humanity’s first failed mission outside of our Solar System, Exo One has players slingshotting themselves between planets, discovering more about life beyond our sun.

Yearning to explore the final frontier? Check out this list of stellar PC space games.

Based on the trailer and previous demos, Exo One is mechanically similar to the mobile game Tiny Wings, which sees players picking up momentum in a series of peaks and troughs to launch a small bird into the air. Instead of a cute bird, players control a morphing spacecraft which changes between a smooth ball and a glider on command. By picking up speed on downslopes, players can then launch themselves into the air, shift into glider mode and explore more of the planet. As you move between Exo One’s 12 procedurally generated worlds, pilots will gain more abilities to speed up exploration.

While the landscapes will be procedurally generated, each planet has its own unique geology, weather and skyscapes. You can go anywhere on these planets, but the game’s mysterious voice over will eventually point you to the next world. There is a story to uncover as you continue your journey, with the player eventually finding out what made this space mission so ill-fated.

Exbleative are currently asking for $35,000 AUD to make Exo One, with it scheduled to release in early 2018 if they reach their funding goal. So far, it is planned for release on PC, with Mac and Linux versions to be considered post-launch.