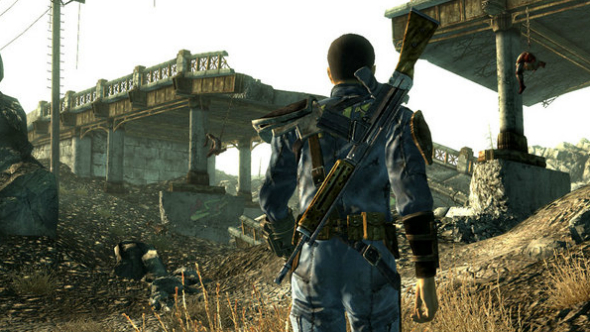 After work work was complete on Fallout 2 and during the development of Planescape: Torment, Black Isle Studios started work on a traditional Fallout 2 sequel, isometric view and all.

Check out our list of the best old games if you look back on gaming fondly.

Some progress was made on that isometric sequel, but it was ultimately canned. Soon after, work began on a 3D Fallout 3, powered by some new tech.

“Now 3D was the cool stuff. So we were going to move from being a 2D engine and be a 3D engine, and so we actually started working with this 3D technology called NDL,” Obsidian Entertainment CEO Fergus Urquhart told IGN.

Unfortunately, the project was never completed because of the studio’s financial difficulties at the time, though the groundwork eventually led to Icewind Dale’s creation, and it also meant we got Bethesda’s Fallout 3, so we all win, basically.

The 3D engine, NDL, was bought by Gamebryo and would later be used to power the Fallout 3 we know today.