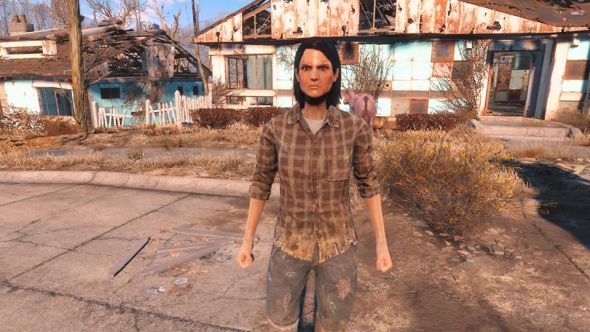 There’s been an injustice in the Commonwealth. A misunderstanding.

I don’t know how familiar you are with Fallout 4 changelogs, so I’ll fill you in. Last week Bethesda pushed out an update that rendered two settler NPCs, Jun and Marcy Long, “no longer essential”. Just to be clear: non-essential is a euphemism for killable. So once you’ve set up Sanctuary with beds and clean water, you can send Marcy off to plant tatos in a minefield, literally or figuratively. And boy, have Fallout 4 players wanted to kill Marcy Long.

Looking for sandbox games? We’ve got you covered. Covered in sand. In every crevice.

When we first meet the Longs, they’re holed up in the Museum of Freedom in Concord, the Boston satellite town turned prowling ground for deathclaws. The pair form part of a group up from Quincy – demoralised and diminished by a massacre that constituted the last gasp of the Minutemen. 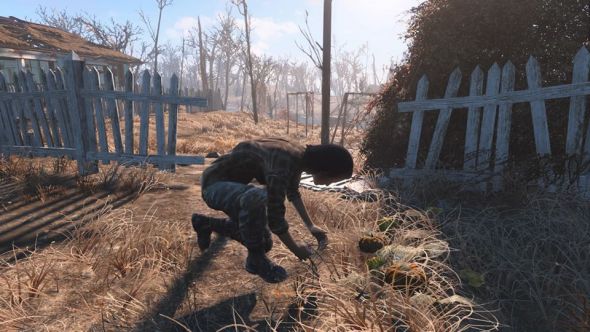 If you’re convinced by a charismatic Preston Garvey – at this early stage still speaking exclusively in lines of dialogue you’ve never heard before – you’ll join them on the road to Sanctuary. And once there, you’ll begin to rebuild society, one piece of corrugated iron at a time.

As the lights come on and the settlers become accustomed to the safety afforded them by automated turrets and armed neighbours, they become healthier and happier – vocally so. But not Marcy. Marcy’s gratitude peaks at grudging appreciation, and such is the arcane, fluctuating nature of Fallout’s settlement happiness ratings, she’ll far more often default to cutting sarcasm.

One line in particular – “I’ll stop complaining when there’s nothing left to complain about.” – exposes the settlement toolset’s missing endgame. And repetitive dialogue means dedicated builders will hear it over and over. For many players, Marcy has become a lightning rod for the imperfect seams in Bethesda’s systems.

In the past week, she’s become a literal lightning rod too – zapped and whacked and exploded for the delectation of a YouTube audience. Somehow, even against the backdrop of Preston’s ceaseless requests, Marcy is Fallout 4’s most annoying character. The successor to Oblivion’s Adoring Fan.

It’s just how she is. Impossible to please. But if that’s true, what’s up with Jun? Slinking about, hunched of back and slapped arse of face, a picture of misery? And what does he mean when he asks you to forgive Marcy her manners – that she’s “working through the loss in her own way”? What have the Longs seen?

To find out, you need to dig through what’s left of Quincy. The largest settlement on the map that isn’t a friendly hub, it’s now a stronghold for the Gunners, the militaristic mercenaries who trouble even high-level players. 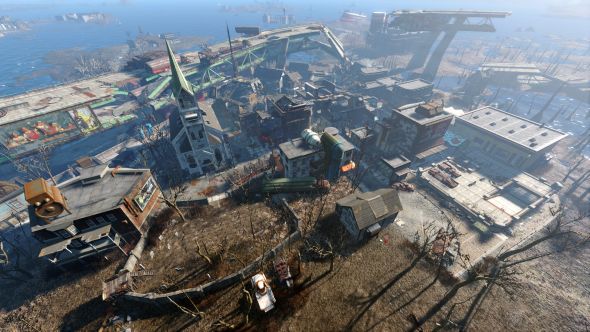 Up on the pockmarked motorway bridge that overlooks the town sits a power-armoured sniper named Clint. He still wears the wide-brimmed hat of the Minutemen, but it’s from this vantage that he led the Gunners to fire on his former comrades as they waited in vain for reinforcements.

The survivors fled across the wasteland under Garvey’s protection. And by the time they reached Concord, their numbers had fallen to fewer than the fingers on one hand.

At the game’s opening, the dust has barely settled on this tragedy. And if you’re willing to engage in a spot of violent archeology – clearing the Gunners out of Quincy and picking through the ghost town – you’ll find the evidence is all around.

Here’s the church workshop where Sanctuary handyman Sturges once tinkered. 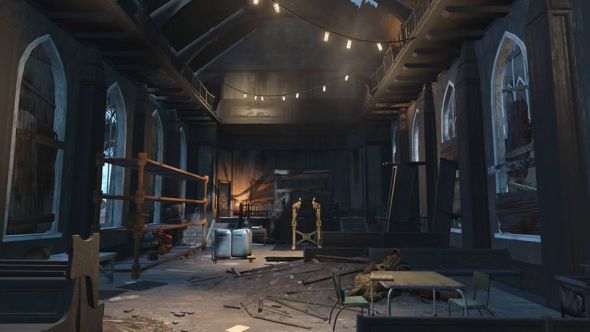 Here’s the dive where Mama Murphy huffed Jet and foresaw a grim future for Quincy. 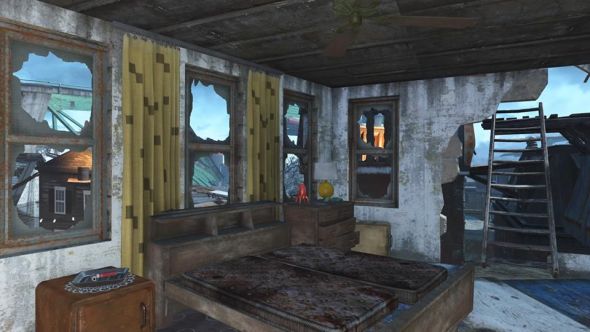 Here’s the pharmacy where she was refused chems by the worried Longs. 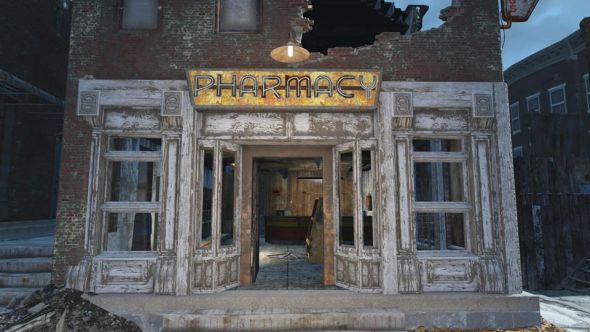 Inside, the terminal where Jun logged his fears for his young son, Kyle, who stuck to the town’s Minutemen protectors like glue. 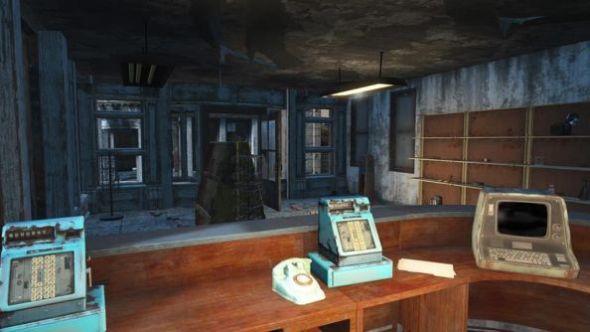 And upstairs, in the apartment above, Kyle’s bedroom. 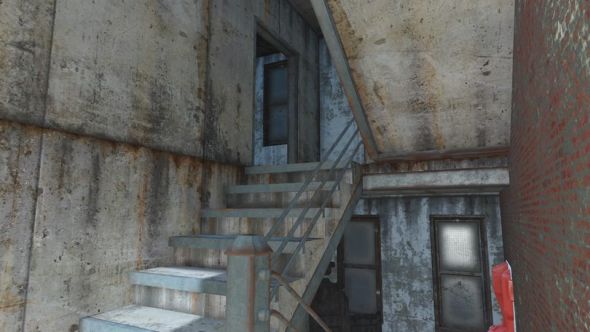 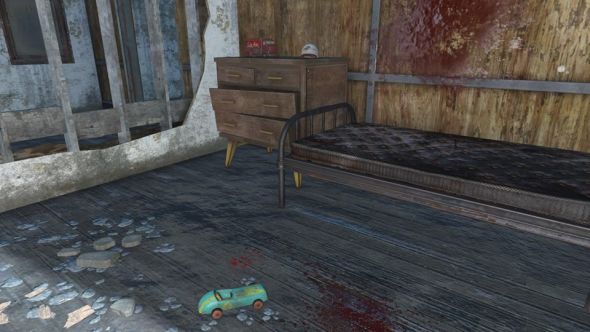 It’s not that I’m telling you to feel bad. Well, OK: feel a bit bad. Then, next time you’re in Sanctuary – finishing up a multi-floored project with complex lighting, wall art and a jukebox – and Marcy chews you out? Maybe just let her be. 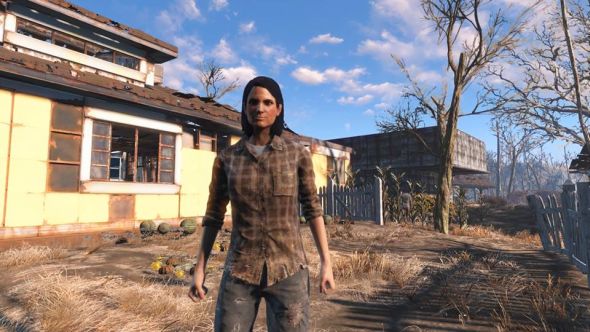 She’s working through the loss in her own way.