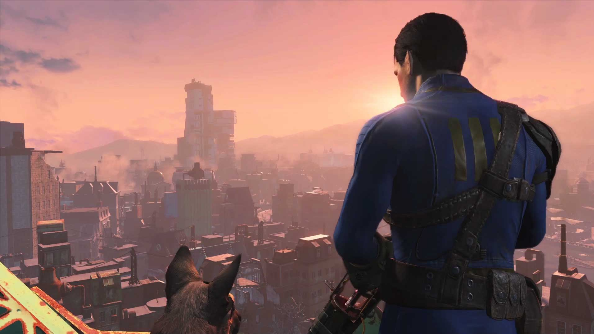 The never-ending argument on gaming forums everywhere is “Gameplay > Graphics”. Whenever someone complains about how something looks, it’s the guaranteed response. Yet Todd Howard, director of Fallout 4, thinks graphics are vital to the experience. “Graphics matter,” he claims.

In an interview with Gamespot at E3, Howard said: “I think with each of our games, the graphics [are] always going to move along,” Howard said. “Not just the graphics, but memory is important to us. How much memory it has. If we make a world that has, not just more details, but more dynamic details that we can keep track of and stream in and load quicker, all of that suspends your disbelief that this is a real world.”

“The graphics matter, they do matter in suspending your disbelief,” he added.

In order to make sure graphical technology makes Fallout 4 a better game, Bethesda is focussing on rectifying the mistakes they made with Fallout 3. “Looking back at Fallout 3, there is a sameness to the environment,” Howard said. “It can be, if you’re playing the game for an eight-hour stretch, a little depressing.”

That’s not to say that Fallout will share a colour palette with Super Mario, of course. The area around the bomb blast will certainly be drab, and irradiated landscapes have to look dead since they… well… are dead. But expect to see colour in regions populated by humans, who presumably don’t want to suffer in doom and gloom every day of their lives.