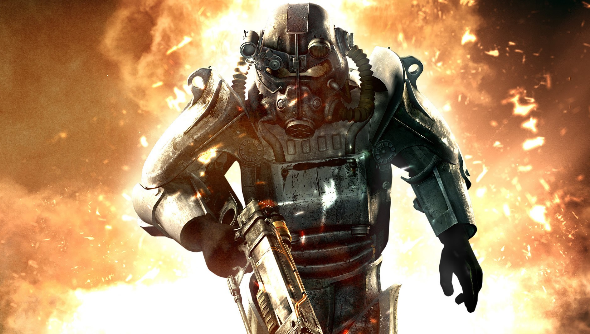 Pull out the emergency salt barrels, because it’s rumour mill time. Apparently Bethesda has hired Mirada Studios, an animation house set up by filmmaker Guillermo del Toro, to create a cinematic trailer for Fallout 4. If this is the case, it logically connects together with the persistent rumour that Fallout 4 will be revealed at Bethesda’s event at E3 this year.

The scoop comes courtesy of an employee, whose LinkedIn profile lists working at Mirada Studios as a Contract 3D Artist between the months of December ‘14 and March ‘15, working on a Fallout 4 cinematic trailer.

The artist previously worked on cinematic trailers for Far Cry 4 and The Elder Scrolls at another animation studio.

This rumour fits snugly beside another that Fallout 4 will be the star of Bethesda’s E3 press conference on Sunday, June 14th. The rumour suggests that a 20-30 minute gameplay demo will be shown behind closed doors.