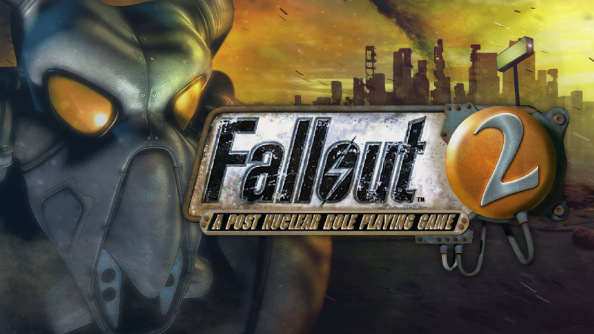 Listen, there’s this brilliant game called Doom I think you should check out. I know you’re swamped by underground pixel art games right now, but this one’s really special. Plus, it’s coming to CD Projekt’s GOG distribution platform, along with all the great and good from Bethesda’s back catalogue.

The publisher’s deal with GOG heralds the arrival of old favourites from the Elder Scrolls Library (alright, one old favourite and two games you didn’t know existed), in addition to Quake, Doom, Doom II, Final Doom and – my personal highlight – the golden oldie Fallouts. So that’s DRM-free versions of Fallout, Fallout 2 and Fallout Tactics, then.

Here’s the full list of Bethesda titles due to appear on GOG, plus the discounts they’re currently offering:

The Elder Scrolls series (DRM-free)| Purchase all three games to receive a 33% discount.

– The Elder Scrolls III: Morrowind Game of the Year Edition

The Fallout series returns DRM-free | Purchase all three games to receive a 66% discount.

If you take you like your Fallout in more recent form, you’ll enjoy perusing the best mods for Fallout 3.

In a bout of generosity, Bethesda and GOG are giving away free digital copies of The Elder Scrolls: Arena and The Elder Scrolls II: Daggerfall to anyone who buys a title from the above list. The latter, of course, famed for being that game someone always smugly points out has a bigger world map than Wow/Guild Wars Nightfall/the actual planet Earth. It’s randomly generated though, so, y’know, a bit cheaty.