There’s been a tendency in the more recent open-world Ubisoft games to track your progress with slightly unnerving precision. And even, after long periods of absence, to email you with the figures – as if you’ve failed to fulfill an obligation.

Any day now I’m expecting a note through the door to inform me that, though I’ve saved Kyrat, some 31% of the country remains technically unliberated. But I don’t think it’ll bother me, or awaken some untended completionist compulsion. Rather it’ll remind me of what an excellent job Far Cry 4 did in letting me play not just how I wanted, but how much I wanted. 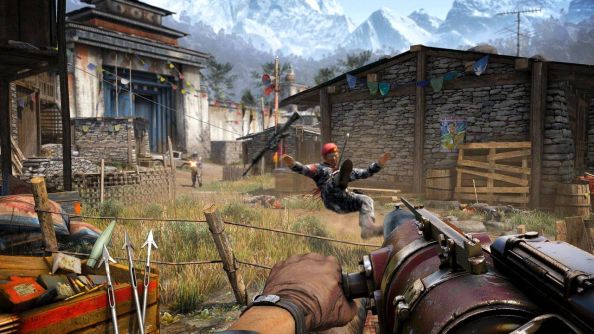 You know Jonathan Blow? He made Braid, is making The Witness, and is often perceived as a bit smug – sort of indier-than-thou. That’s partly a consequence of some widely-broadcast talks and interviews in which he’s targeted the mistakes of very big games. But I think his righteous fury might have been misunderstood; all he’s ever asked is that AAA developers show their players a modicum of respect.

Braid respected the player’s capacity to learn, and I think it’s safe to say that attitude has since infiltrated the mainstream – with Steam-topping games like DayZ and Dark Souls allowing newcomers to die again and again without direction, learning a little each time.

But the other thing Blow did was respect the player’s time. Braid wasn’t the first game to ask us to collect jigsaw pieces, but it might have been the first time we weren’t under any pressure to complete the puzzle. Every stage but its last could be wandered through without collecting the pieces – leaving space for the player to return once they’d got their head around later levels, or not at all. Play the parts you enjoy, said Braid, and nothing else. 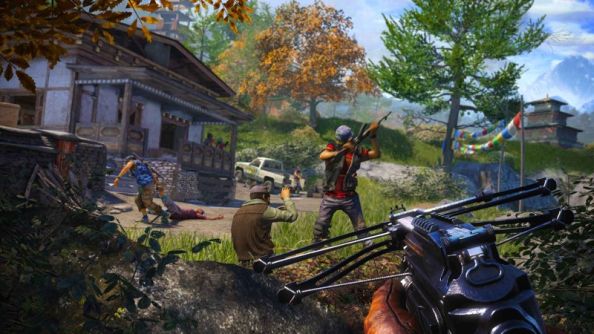 This in a game that took maybe five hours to finish, if you chose to finish it. Open-world games more often take 50 – but only in Far Cry 4’s case have I seen them take Blow’s philosophy to heart.

The first thing Far Cry does right is arrange its missions according to type. The wintery world map is dotted with differently-coloured icons, each representing a distinct experience. If I accept the calls on the radio for Armed Escort, I can predict that I’ll be standing on the back of a truck, blasting away baddies that pop up along our journey with the grenade launcher. Every time I raid a Propaganda Centre, I’ll be smashing up hardware and fending off waves of reinforcements.

Others are attached to key characters. Soon enough I learn that if I visit rave throwbacks Yogi and Reggie I’ll be stripped of my weapons and funnelled through a surrealist tour of the countryside. And if I go to see arms-dealing priest Longinus, I’m going to be asked to tail an officer in a car, shoot my way into a claustrophobic mine, pick up a diamond and then exfiltrate out the way I came. Going in, I know to expect a quite specific sequence of events and supported playstyles. 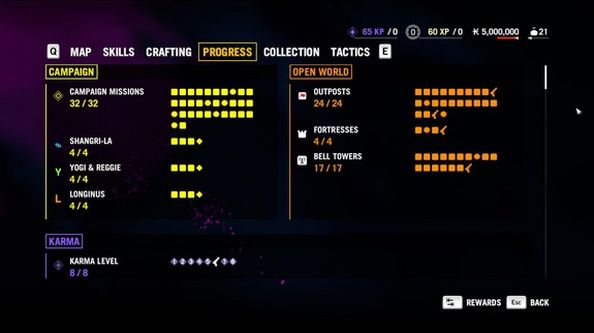 The consequence of all this is that I can pick precisely which Far Cry 4 I’m playing. I can dodge the animal boss fights offered by Kyrati fashion designer Mr Chiffon – knowing that they’ll stipulate I use a particular weapon outside of my stealth-tuned arsenal. Instead I’ll pick out Bomb Defusal, because it’ll give me plenty of geographical latitude and high consequences for discovery – and maybe Assassination, for the way it makes use of new body-moving mechanics.

Far Cry alumni know, of course, that the leopard meat of the game lies elsewhere – in conquering outposts and changing the tune of the radio towers that litter the map. But these too have become more-or-less skippable, thanks to an expansion of the series’ feature set.

Long gone are the days of Far Cry 2, when jamming, inaccurate weapons and confusingly beige terrain meant every long range shot was a terrible gamble. Thanks to bright red uniforms and a range of silenceable sniper rifles, there’s rarely a need to step within 100 metres of an outpost you’re attacking if you don’t fancy it. 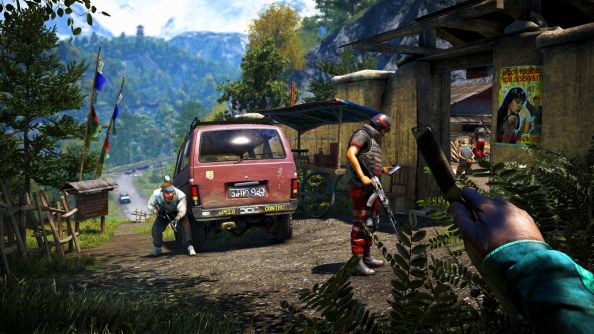 And the addition of a gyrocopter means you can swoop right over the elaborate first-person platforming challenges Ubi Montreal have constructed for you in the belltowers – simply planting the chopper down on a conveniently flat stretch of pagoda roof and taking a knife to the offending radio.

That might read like self-sabotage on Ubisoft’s part – a way to undermine the game’s carefully scaled difficulty. But it’s really just an extension of Far Cry’s already-open approach. When taking an outpost, it’s always been easier to reverse a jeep over your enemies and pop the stragglers scrambling from nearby buildings with the shotgun. Yet many of us put in the hours peering at patrolling guards through the camera instead – because that particular cocktail of tension and release was what we enjoyed most.

You’re going to make a three-dozen hour investment in our game? Um, wow, say Ubisoft. Thanks. Let us help you choose exactly which three-dozen hours you want to spend with us. 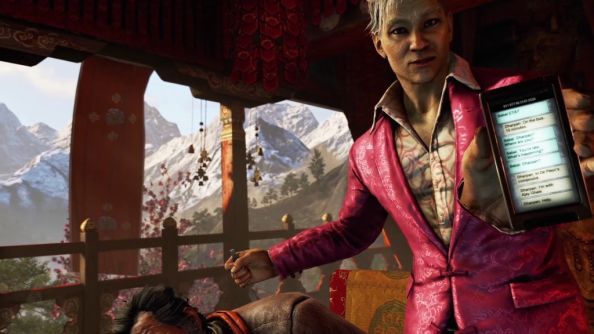 The notable exception, of course, is the story campaign. Though it’s been intentionally stripped back from Far Cry 3 to let the systems to speak for themselves, the bridge to the northern half of Kyrat is blocked – dislodged only by a campaign mission midway through the game. It’s an old-fashioned area unlock, made all the more egregious by how at odds it is with the rest of the game’s ethos.

Even that can be overcome, though, after a fashion. In Far Cry 4’s opening, Pagan Min tells young Ajay Ghale to sit still while he deals with some unruly terrorists in the palace grounds. Enjoy the crab rangoon, he says. I’ll be right back.

Stay where you are, and Min does indeed return – bypassing all the unsavoury business about overthrowing and outposts and taking you directly to the spot where your mother requested you spread her ashes. No elephants, but instant endgame. Don’t be thrown by that percentage: Far Cry 4 can be as long as you like.