Need a little faith back? Boomer, the unkillable best dog, has a cosplay guide and it’s quite adorable indeed.

We’ve been covering all the E3 news we can find. It’s pretty darn good. 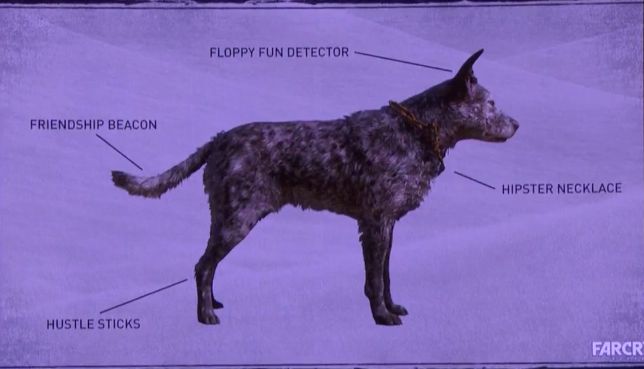 Gotta hustle with your hustle sticks. Detect the fun (guns) and return them to the boss (player). Lot of important info here.

The above was revealed as part of the E3 Coliseum stream, which included a little more information about Boomer, along with the game’s other characters. The archive should be up on the Gameslice YouTube channel shortly, or you can scroll back in the main livestream now.

Original story June 13, 2017:There’s no need to worry about sending your dog in Far Cry 5 to fight with you. Boomer, your loyal buddy and pal, may get hurt and injured by enemies, but he’ll never actually die. No funerals here – he’s perfectly safe.

We got this confirmed in an interview at E3 with creative director for Far Cry 5, Dan Hay, who made it very clear that we don’t need to worry about how safe the dog is.

“Boomer can take fire and go down, and go away for a while. But he’ll come back.” Hay tells us.

Not all dogs go to heaven, because apparently Boomer will live longer than you, everyone you love, and then some. He can even take a bullet for you and come back peppier than over.

Dogs truly are beautiful creatures. What did we do to deserve them?