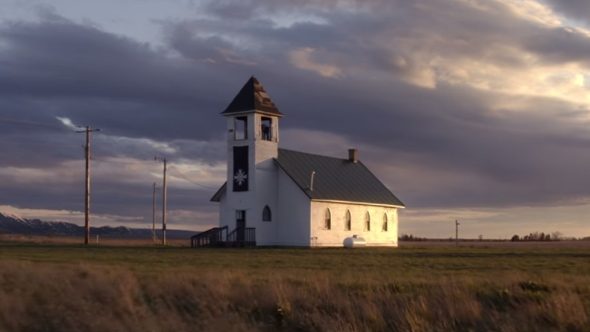 Off the back of the first official trailer for Far Cry 5, Ubisoft have released a developer interview discussing the people and inspirations behind the game’s American setting. It’s only a few minutes long, but gives us our first insight into what the developers are going for.

We’ve also got the scoop on Far Cry 5 co-op, and more, with our list of five things you need to know about the game.

Executive producer and creative director for the game, Dan Hay, is the focus of the interview, and talks about how the setting is going to try to explore the idea that somewhere close to you could, sometimes, be more “exotic” than a remote location. Of course, not all of us live next door to gun-toting cult leaders, but hey, we get it.

Rather than having one primary antagonist, though, Hay says the game is going to have a cast of characters to go up against, referring to the group in the initial teaser image as the Family. They make up Eden’s Gate, which is the big baddie group of the game – the references to the infamous Heaven’s Gate group aren’t very subtle.

Hope County is a “magnet for crazy” according to Hay, but he also wants the characters to feel real, citing the people he and other people from Ubisoft met in Montana that could “really take care of themselves.” Hay’s seen some things in Montana.

For more in the way of Far Cry 5 teasers, Ubisoft have their own playlist of everything released so far – from the initial trailer, to this interview, to some new character introductions for the people you can meet in Hope County, Montana.