Ubisoft have not shied away from controversy with Far Cry 5. If anything, they’ve embraced it. We’ve already seen Trump’s pee tape in the game, and now it seems the developers have also included a sneaky sideswipe at flat-earthers.

Is Far Cry 5’s Boomer a ‘good boy’? We have the official answer.

“Designed for shooters interested in long range targets. Don’t forget the curvature of the earth. It’s not flat.” 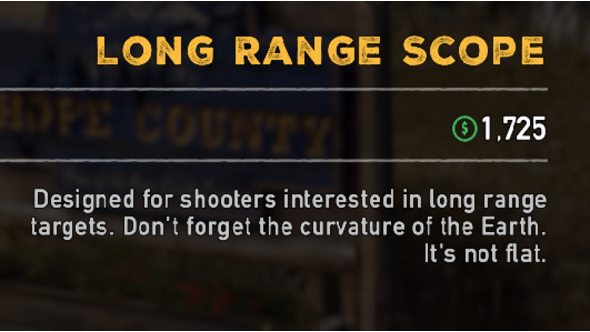 This is one of many references players are finding in Far Cry 5. Another Redditor, BertKern64, found a clear nod to American conspiracy theorist and radio presenter Alex Jones in Zip’s newsletter.

Check out how we feel about Ubisoft’s latest offering, in our Far Cry 5 review.