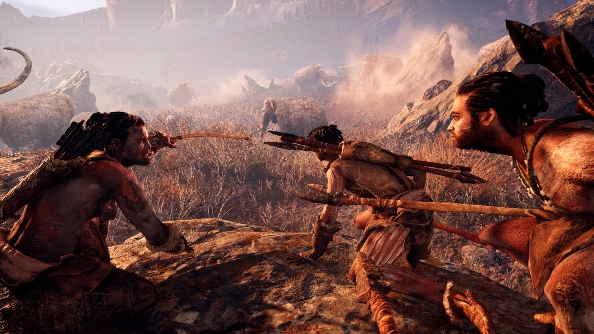 Far Cry Primal has arisen from its brief slumber between console and PC releases, but does it awaken the beast inside your rig, or is it a 10,000 year set back for ports? I went on a hunting expedition to the land of Oros to discover just how well Ubisoft have ported Primal from neanderthal consoles to the more evolved PC.

Generally speaking, Ubisoft’s efforts with Far Cry in the past have been pretty solid, so considering Primal is once again built upon the Dunia engine I wasn’t expecting anything too upsetting. Thankfully my foresight proves correct: Primal runs really well, with nice high frame rates and plenty of detail in its environments and effects. 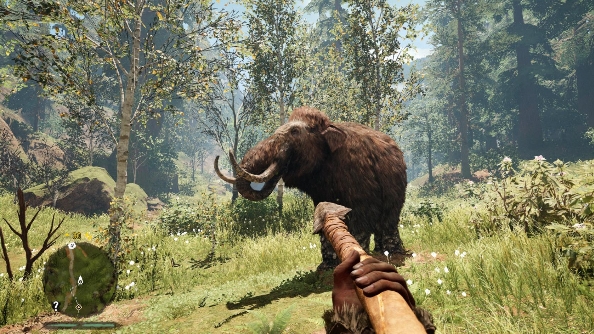 As you’d expect from a Far Cry title, it’s a game with massive, beautiful settings. These range from the more obvious Stone Age-looking barren wastes with leafless trees, to huge valleys lush with fauna and flowing waters. Aside from some very minimal pop-in, the largest environments in Primal look gorgeous: not quite enough to steal your breath in this age of Rise of the Tomb Raider and The Witcher 3, but enough to make you pause. Primal is a pretty game indeed.

The game auto-configures based on detected hardware, and for my rig that defaults to ‘high’ settings. While the game certainly looks nice at the third-highest pre-set, if your rig is similar to mine you’ll find that you can notch up to ‘very high’ and suffer no notable performance drop. The highest ‘ultra’ settings are also within grasp, but you’ll be playing at frame rates that range between 30 and 40, as opposed to the largely solid 60 that ‘very high’ offers. Dial down the anti-aliasing settings to FXAA on ‘ultra’ though, and you’ll see a notable improvement that keeps you in the 60s much more frequently. 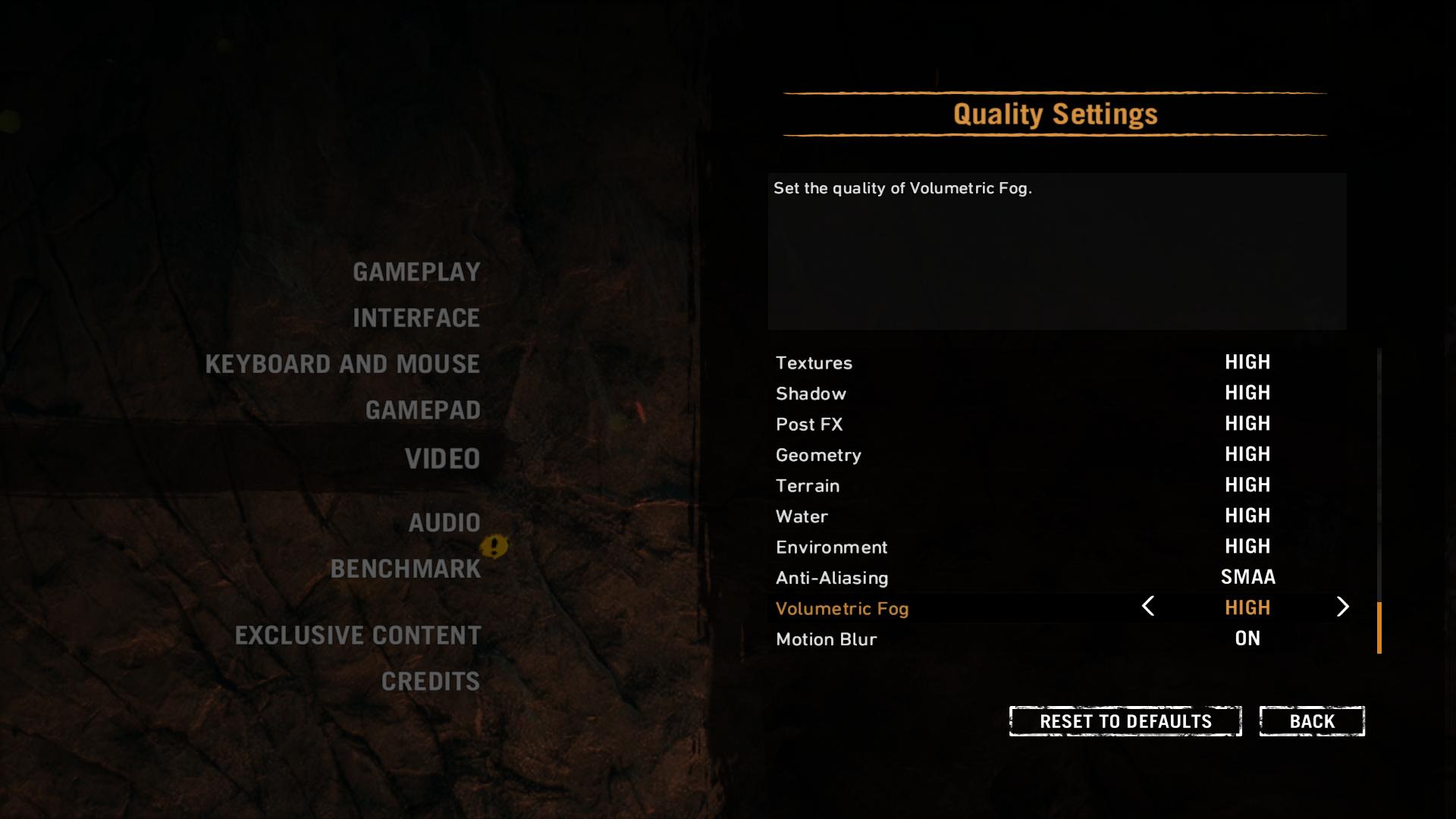 In the graphics settings menu, there’s a set of adjustable elements that, while fairly standard, are thankfully robust. You’ll find configuration options for environmental elements such as geometry, water, and volumetric fog, and the ability to turn off the divisive motion-blur effect.

Anti-aliasing options are just about there, but there’s simply the choice between SMAA and FXAA, rather than the x4/x8 style breakdowns.

A field of view slider is present and correct but naturally defaults to a low setting, so be sure to visit that page early on to crank it up a little/lot.

On the same menu you’ll also find an interesting setting for V-synch that adjusts between ‘normal’ and ‘sparse’ mode. ‘Normal’ will lock the frame rate to your monitor refresh rate as expected (so in my case 60), while ‘sparse’ sets it to half, resulting in a lock at 30fps. If you’re happy to deal with the odd bit of screen tearing here and there, it’s best to avoid V-sync if you’re looking to hit the highest fps (Primal does not cap or lock your frames). 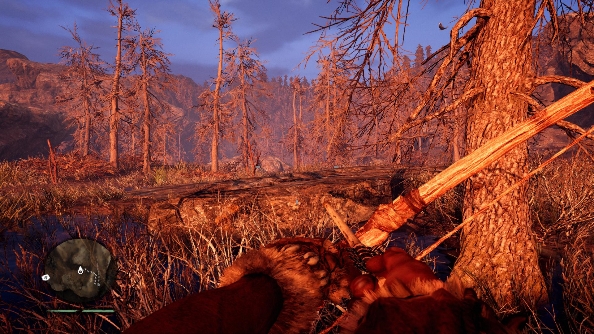 Let’s have a look at Primal on its best form, at ‘ultra’ settings. This sees every setting in the graphics menu cranked all the way up, with SMAA anti-aliasing. You can see it’s a heavily detailed game, with great texture work and lots of dense foliage. Unless you’ve got some serious power though, expect a console-style 30fps in payment for such fidelity. 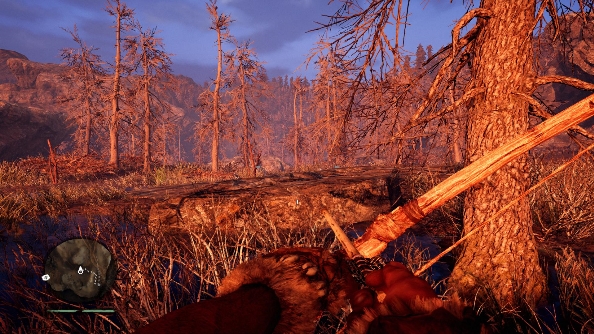 Dropping down a notch to ‘very high’ puts 60fps in your reach, but don’t expect to hit that in the game’s busiest and biggest environments. But for that jump in framerate, you’re sacrificing barely anything in graphical quality. Even close-up, textures don’t appear too different to those at ‘utra’, and lighting and fog effects remain perfectly lovely. 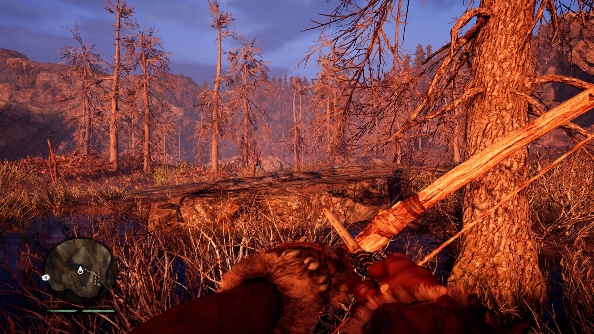 Similarly, reducing settings to ‘high’ also results in a very sumptuous image, with the density of foliage still in-tact and the lighting suitably soft and natural. Not seen here quite so clearly is that volumetric fog takes a small hit, being reduced from ‘very high’ to simply ‘high’, but that doesn’t wound the experience too much. You’ll also be in for a lovely smooth experience at around 70-80fps. 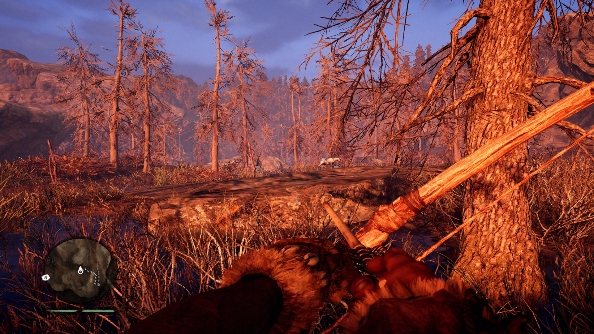 Dropping down to ‘normal’ is predictably where things get a bit uglier. The overall image is still solid, but you can see that textures take quite a notable hit: see how the split in the wood of the arrow shaft is now more a mark than an actual groove? The lighting work lacks life, and the shadow detail barely there. Making these sacrifices will squeeze you an extra ten frames per second, though. 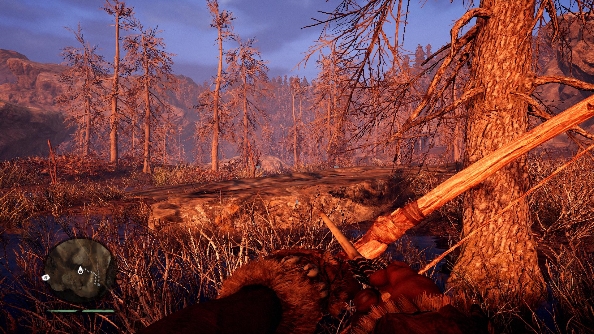 At ‘low’ settings, the geometry of the world is significantly flatter, with the detailing on rock faces lacking the complexity of the higher pre-sets, and the textures themselves looking muddy and low-resolution. Anti-aliasing is turned off, which means edges are rather ragged. When caught up in the motion of fights, Primal still looks a pretty game on ‘low’, but stop to take in the environment and the cracks become immediately apparent. Things are wonderfully smooth though, with frame rates in the low 100s.

To see the starkest difference between low and ultra, take a look at these two dramatically-lit cave screenshots. You can see that there’s a very artificial, flat feel to the lighting in the first image, while the second shows how ‘ultra’ settings make that fire seem warm, soft, and natural. 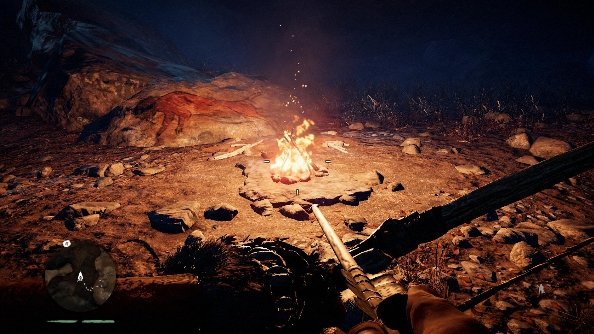 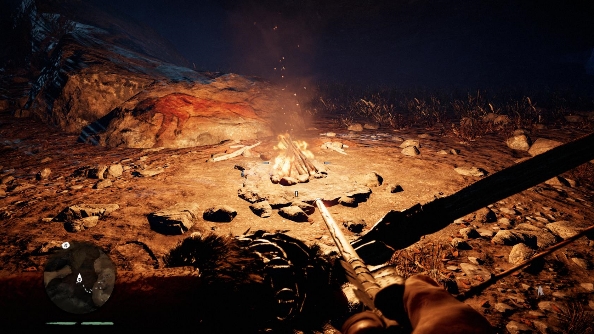 Elsewhere in Primal’s menus, there’s a solid amount of customisation for the game’s HUD. 25 different elements are available to toggle between, meaning you can reduce the clutter for an (almost) HUDless, cinematic effect.

The overall picture for Far Cry Primal is positive then, but it certainly doesn’t go beyond being serviceable. This is everything we’d expect from a PC port, without any real added bonuses or fancy PC-only elements that lift it head-and-shoulders over its console brothers.

But after playing through the game’s opening sections and exploring the lush, beautiful Oros valley, I can report that it does run without any irritation. If you’re planning on spending the month of March in 10,000BC, then I recommend you make your PC the time machine of choice.