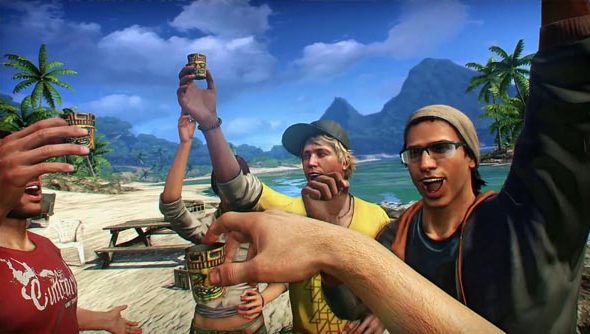 Assassin’s Creed 3’s Connor might not have the fire of an Ezio or a literally anybody else, but that charisma vacuum doubles as a handy cash-hoover. 12 million people bought the game during Ubisoft’s last financial quarter – nearly 70% more than did AC: Revelations.

What’s more, Far Cry 3 raised some eyebrows at the French publisher by performing better than they thought it capable of, to the tune of 4.5 million copies sold. You’ll hear a few ragged cheers from the PCGamesN camp for that one.

“Our performance fully validates our long-term choices and the large-scale investments we have been undertaking for several years now,” said CEO Yves Guillemot, “with a sharp ramp-up in games for core gamers and notably our strong comeback into the major segment of shooter games.”

Ubisoft say they’re doing precisely 23% better than they were this time last year, and have raised their predictions for the last part of the fiscal year (which ends March 31st). The company is now pretty confident they’ll have made an annual profit of between 90 and 100 million euros by then, which sounds like a lot.

Pour a little of that dosh into a PC version of Rayman Legends, won’t you Yves? Good lad.

Thanks to PC Gamer and Gamasutra.