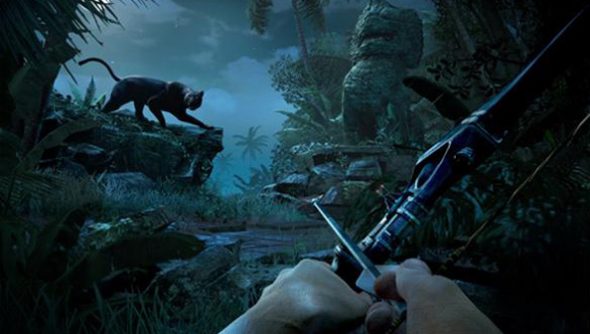 The colonialism in Far Cry 3 that has been condemned for in some corners of the internet is in fact an exaggeration and critique of the same in pop culture, the game’s writer has patiently explained.

Says a disappointed Jeffrey Yohalem: “My expectation that people would discover that framework on their own has been challenged.”

What we have in Far Cry 3 is something our medium and its critics aren’t used to processing, according to Yohalem – an unreliable narrator.

“It’s a first-person game, and Jason is a 25-year old white guy from Los Angeles. From Hollywood. So his view of what’s going on on this island is his own view, and you happen to be looking through his eyes, so you’re seeing his view,” Yohalem explains.

The racism that players and critics have seen in Far Cry 3, he continues, is in fact an attempt to highlight that very issue in the popular games that have come before it.

“It’s set on an island in the South Pacific, so immediately the thing that comes to mind is the white colonial trope, the Avatar trope,” says Yohalem. “I started with that, and it’s like, ‘Here’s what pop culture thinks about traveling to a new place,’ and the funny thing is, that’s an exaggeration of most games, they just don’t expose it.

“For example, GTA is a colonization game. You come to New York, you colonize New York. Most open world games function that way. Ezio comes to Rome and colonizes Rome. To take that to its extreme, exaggerating those tropes is how you reveal them. The exaggeration of that trope is what happens in Far Cry 3.”

Despite confused reaction to his attempts at genre commentary, Yohalem hopes Far Cry 3 will help push the ambition of both the developers in writing their stories, and the audiences and critics in reading their games’ meaning.

“So what I’m hoping is, at least Far Cry 3 will create a conversation between people about what they expect from video games and how much the player can be involved in an analysis of the game,” Yohalem said. “Once that happens, developers will have to deliver.”

I’d highly recommend taking a longer gander at the PA Report’s chat with Yohalem. Minor spoilers abound, but if you heed the subheader warning about ‘possible endings’ you’ll have nothing game-wrecking to fear.

Yohalem’s intentions are laudable, but did Far Cry 3’s genre exposé work in execution? Let us know what you think in the comments.